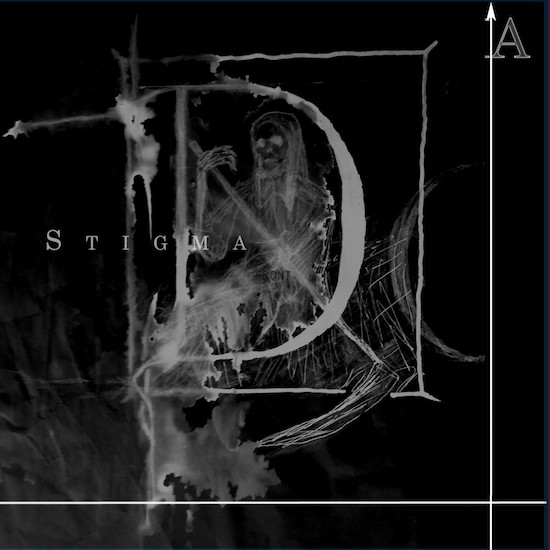 Sweden’s own Dödfödd have declared their evil presence in 2019 with a new release set to chase the light from all corners; Stigma. I remember hearing Reverorum ib Malacht’s "Im Ra Distare Summum Soveris Seris Vas Innoble" a few months prior to discovering Dödfödd; that record is one of the most exhilarating, twisted, Avant Garde pieces of black metal I have ever heard. Though controversial the labeling of the band as ‘black metal’ may be, given their Catholic beliefs, which are very much a part of their scriptures and more-so, their De Mysteriis Dom Christi series that appeared to have angered many a black metal folk at the time of its release. "Im Ra Distare Summum Soveris Seris Vas Innoble" cannot go without being regarded as one of the most maleficent and fucked up records to have blossomed within the genre’s shadow. The level of madness and intensity occurring on that release is mind-boggling, truly a very dark and terrifying composition. It’s the only other record to scare the shit out of me since Mitochondrion’s "Archaeaeon" and "Parasignosis". Now cast before the listener is another body of unorthodox mastery, to the idea of black metal, this time finding province under Dödfödd.

Formed in 2001 but have only now made an attempt at a full length following a slew of demos, Dödfödd take the listener down a dark and unpleasant journey by means of droning, ambient noises and otherworldly chants and voices. One thing I admire about the music of Dödfödd on Stigmata is their non-conventional approach. Most of what you will hear is unpredictable at first listen and even after catching the flow of the music there still is so much more happening under the veil of their adversarial compositions that remains to be touched. Stigmata is not a record for the average listener of metal, you can’t bargain with it or make compromises, either you enjoy what is being gifted or you don’t. Despite possessing a clear sense of audibility, the music itself will come as a turnoff to many spoiled by riffs, not exempting myself from that group; however, I believe originality is key in this genre of facsimile identities and when done in such a cryptic, unorthodox, though rewarding manner, it calls for acclaim. The droning noises, very low-fi drumming, troubled vocal chords and untraceable musical patterns hold fast to the idea of idiosyncratic expressions.

As a reiteration, Stigmata is not a record you can condition yourself to enjoy. What you’re hearing is a firm stance taken by the band members to create music that goes against the habitual majority, although you would find similarities to other efforts by other bands, even then Dödfödd’s craft has the members’ identifiable signature and even more “scorn” for the black metal scene. You can find out more about this ‘scorn’ if you take the time to look up an interview titled "Gloria in Excelsis: A Conversation with Reverorum ib Malacht"; that among many other things are brought to the forefront for circumspection during that chat. Many may argue whether or not what is being played is even that of the genre, though debatable, no less credit must be bestowed upon the members for bringing us the true face of Christianity, that which has hidden and continues to hide behind the veil of expensive, fancy architecture and more so the blind and ignorant. Hence, the evil here is very much present, thus Dödfödd’s move to highlight such is very much welcome.