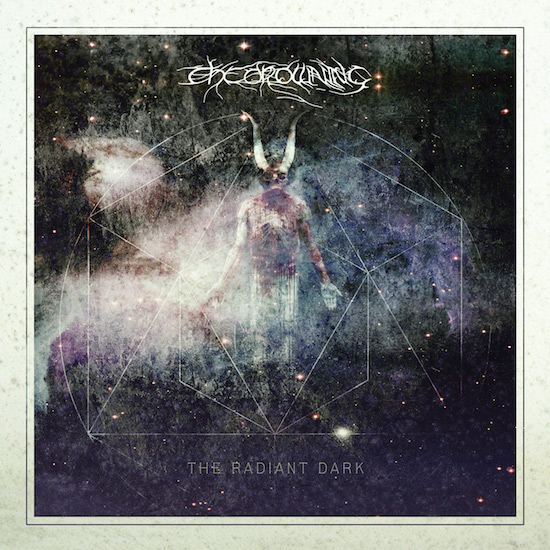 Type: Full-Length
Release Date: November 8th, 2019
Label: Transcending Obscurity Records
Genre: Death, Doom
1 Alpha Orionis
2 The Triumph Of The Wolf In Death
3 Prometheus Blinded
4 In Cold Earth
5 All That We Need Of Hell
6 Harrowed Path
7 I Carve The Heart From The Universe
8 Blood Marks My Grave
MetalBite on YouTube
MetalBite on YouTube

UK doom/death metal band The Drowning subscribe to the sorrowful side of the sub-genre remaining loyal to the dirge since their formation in 2003 which has seen some lineup changes through the years. The Radiant Dark is their 5th full length record that upon first listen I completely enjoyed. Usually I am not a fan of this type of metal especially when factoring its run-time and depressive tones, but The Radiant Dark resides in a grey area of sorts which made my listening manageable. It's not quite melancholic, rather it leans towards agony than that sobbing sound I hear most times in association with this type of music. This branch of death/doom is of the modern spawning influenced by early Finish funeral/death/doom, a sorrowful undertaking lauded by old timers and current devotees. However, there's a clean production that comes with this somewhat newly cut fruit that combines the slow, cripple, crestfallen, funeral doom with death/doom that could be a bit of a turnoff for most people who prefer the dirtier side of the genre. But I tell you what, at least it’s not modern melodic death metal played by some over-hyped/praised, well below-average band, cause then there would be no contesting not listening to this.

Seeing The Drowning possessed a decent amount of recordings under their belt with ideal gaps between releases raised my chances of giving The Radiant Dark a spin; after 17+ years of producing tunes and being signed to a good underground label most likely meant they must be good at what they do. To my liking results of the more desirable aspects resonated or more suitably came to light on The Radiant Dark. For a 57 minute record it surely does not feel that way, I remember the album coming to a pause that left me wondering when the next song would begin, to my shock and amusement, it turned-out the The Radiant Dark had ended; if that's not a direct reflection and result of immersion then I don't know what else to say, and no I was not sleeping during the album's playtime.

I think the primary attribute that propelled this is The Drowning's almost underhanded/quiet/blindsided/clever way of introducing new melodies, tempos and climaxes through their transitions. You'll notice following the opener 'Alpha Orionis' which leads into that Draconian sort of funeral/death/doom dirge, the music is heavy through the immense vocals and power-chord combo that rings throughout 'The Triumph of the Wolf in Death'; however, with each passing moment very thin layers are removed through the fading pitch of the guitars, then comes the sudden break that leads into a repeat of the opening, only this time there are no power-chords and the guitars are significantly lighter and played with melody adding a direct contrast to the harsh and deep growls by Matt. 'The Triumph of the Wolf in Death is The Drowning's formula of achieving that grey area of sorts I had mentioned earlier. They hint at approaching diversions but don't commit to them when you would imagine, almost in teasing fashion they poke at it until you've relinquished your assumption.

Each song acts as a link to prior and upcoming entries, like they are all playing on behalf of a single vision, hence each moment, each note and vocal sung, uttered or dispelled acts in coherence with the main theme behind the music. And that's something I admire, when the artwork and music interact intimately with each other in bringing the music full-circle. With every song offering something different it’s fairly difficult to write off anything as being repetitious. The ambiance and melodicism of 'Prometheus Blinded' revels in and establishes an emerging luminosity interrupted as 'In Cold Earth is introduced with fragmenting despair and a somberness taking the listener to a descent with the monolithic unearthing of 'I Carve the Heart from the Universe' that pours all agony into 'Blood Marks My Grave' in closing. You will notice between the familiarity of the soundscape lies a flavorful array of styles merged, from traditional heavy metal to groove and crossover on some occasions, conditioning and refreshing the music as you carry on.

Mike (guitars), Jason (guitars), Matt (vocals), Richard (bass) and Steve (drums) make this milestone of a record a special showcase. Having that reliability on your musicians in knowing each member will provide something of high value to the total output is priceless because not only do you get the satisfaction of completion but that of unity also. It is through this The Radiant Dark is a starlit gem within a flooded sub-genre pressured and submerged in monotonous linearity.