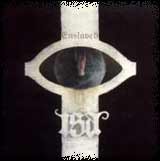 Enslaved has been a longstanding icon in the metal world – always held with high regard and importance; looked up to as innovators and as a band that has never risen to an occasion with anything less than excellence. The band’s last album, Below The Lights, while musically apt and far above the norm, failed to attain a memorable status, and subsequently, left little impression on the mind after the initial awe had worn off. Despite this minor blemish, Enslaved has risen once again to the occasion with Isa, this time demolishing all that lay before it.

If Below The Lights made one question the vitality left in Enslaved, Isa shatters any such notions. Once again treading new paths and bordering on a fine line of progressivism, Enslaved leave us inspired and beyond impressed. As Enslaved have said in the past, they use old tools in new ways. Isa is the best elements of Enslaved reaching an apex in their career. It combines the abrasive nature of Mardraum – which is arguably the album in which the band began their venture into their current direction – with the ambitiousness of Monumension, of course with the band’s ever-growing aptitude in fine composition and style. Moreover, some of the earliest black metal elements of the band’s career are displayed here in fine form. Isa is everything we love about Enslaved, including their unpredictable nature and constant ability to surprise.

Isa provides the not only the music, but the atmosphere and emotion behind it. The band brings forth the bitter coldness of their ninety’s black metal with their modern sound. Furthermore, each and every note played is supported by an intensity that couldn’t have been crafted by chance, but only by a passion that has been evident in Enslaved since Vikingligr Veldi. Moreover, the production boasts a huge, dense sound that fills space, and Ivar Bjørnson’s incendiary guitar tone is incredible.

Every single riff, melody, and rhythm in this album is worth listening to a thousand times over. While I could dissect every element of this album down to the last second, nothing more really needs to be said other than that few if any metal bands around today come close to what Enslaved can do with their music.

Listening to a band like Enslaved, and more specifically an album like Isa, is such an anomaly simply because not only is it one of the finest album’s to come out in quite some time, but listening to it one knows that they’ve got hold of what will go down in metal history as a classic. Isa answers any and all questions as to the validity and importance of Enslaved today.