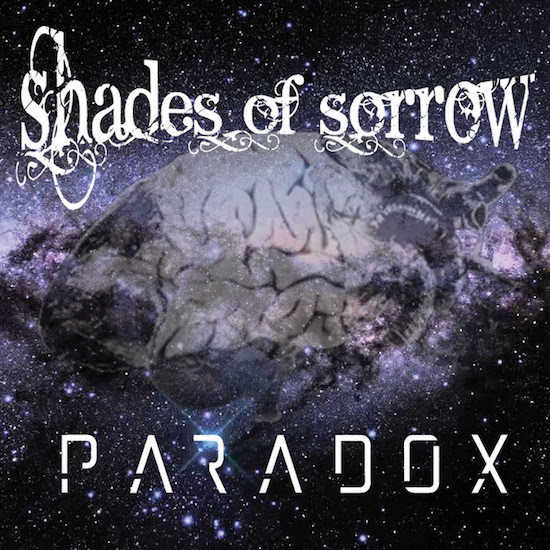 It has been a really long time since I’ve taken the liberty to hear what has been developing within the progressive metal regions. It’s been so long I can’t even remember the last progressive metal band I listened to, actually I'm wrong; there was one, but they did a real shite job, so I won’t mention the band name. Inquisitive as to what else is out there, I found Shades of Sorrow by means of just browsing through some promos. They've been around since 2009 and have 3 full length releases under their colorful umbrella; which brings me to their 2019 offering, out through Sliptrick Records titled Paradox. It’s only 30 minutes long but has just enough to satisfy my tastes after such a long vacation away from the genre. Good female vocals and drumming, decent guitar work and a mix of styles in the form of thrash metal and heavy metal.

Fronted by Monise (vocals), Mike (guitars), Pascal (drums) and Julien (bass), as a team, Shades of Sorrow’s music flows like a lake with some currents stronger than others throughout this short-canoed voyage. To make me even consider listening to Paradox in its entirety, the vocals would have needed to be decent and possess an organic and animate element; plus exist somewhere between harsh and delicate or a mixture of both; also, there had to be an elegance existing within the vocals that matched the instrumentals. Yea, quite a list of preferences to fulfill, but they managed to do just that. Why is such so important?, because I subscribe to the late 90s early 00s era of progressive metal, a time when the songs had feeling and the bands making those songs were committed to that brand of music.

I appreciate the contrast each song offers, ‘Follow Me Down to Hell’ has the mark of traditional heavy metal in all departments but still among it is the soft touch of progressive metal even during the bridge to the chorus. ‘Break’ has sort of a groovy nu-metal metal charm, whilst songs later down the order are a bit more somber sounding (in a good way), creating a Gothic metal feeling such as on ‘Paradox’, ‘Facade’ and the more progressive metal rooted, ‘Fractured’. Hence, I think Shades of Sorrow perform their best when the music is a bit slower, thus giving each element an opportunity to really catch its groove in becoming a highlight. More notably, Monise’s vocals pop during the slower moments; take ‘Paradox’ as a reference, her range, and vocal grace shines in molding both the song and the album Paradox in becoming a genuine contribution to the progressive metal genre.

The fact the record is so short comes as both a bit of a disappointment and a welcome facet. I would have liked to hear perhaps 1 or 2 more entries, but at the same time, I would not want to hear filler for the sake off a lengthy record. But after spending so much time apart it’s good to return to something that brings back good memories of when I first encountered this sub-genre of metal. I hope there’s more to come from Shades of Sorrow, I will have to get Paradox eventually, it speaks to my tastes too loudly to ignore and probably will do the same for many others apart of the scene.