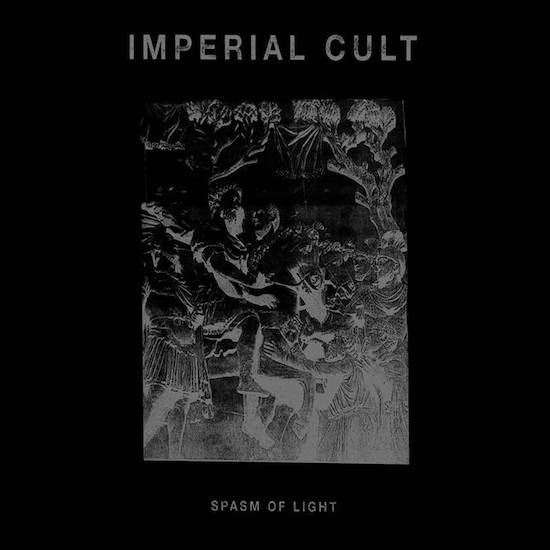 It takes only a few seconds - and then all hell breaks loose. I had no idea about the sound of this new Dutch trio, but believe me, it's a journey into the Apocalypse. But beware, this is not that kind of Apocalypse that most black metal units try to create. No Satanic hordes will kill innocent angels before your inner eye, no virgins are slaughtered and no grim, corpse-painted warriors are hunting Christian souls in the Scandinavian woods. Right so. It's rather a journey into the apocalyptic core of oneself, the place where all hidden fears, traumas and pains dwell. This hailstorm of black metal expresses all that can make life to pure hell, just listen to its insane screams which replace the more or less usual kind of singing. The promo sheet describes the vocal performance with the word phantasmal and I tend to agree. Supporters of Silencer will enjoy this kind of articulation.

Well, a single track with a playtime of almost 34 minutes is challenging for both musicians and listener. Compared with the duration of this sonic hellhound, even songs such as "At War with Satan" or "Lifit es dauðafærð" are nothing but cannon fodder in terms of quantity. It needs a stable degree of inner balance to dive deeply into this song. The constant noise pummels the listener with utter vehemence while injecting her or him roughly 34 psychoses simultaneously. The entire sound galaxy becomes more and more surreal, it destroys the natural coordinates of the listener's senses. Everything goes blurry and fuzzy and I feel a strange mix of comfortable feelings and total mental destruction. Where am I? Eh, what? Still in front of my laptop, writing another review? I thank you so much for giving me orientation. I really thought I had already left all earthly things behind.

It's almost a pity that the band integrates a calm intermezzo after 17 minutes. I just had found my place in this hellish whirlwind. However, they are back on track after four minutes and the seemingly uncontrolled outburst of hell begins anew. The somehow cosmic sound underlines the feeling that Imperial Cult hail from another galaxy. One can call this atmospheric black metal, but don't think of keyboard-dominated lines and ambient sounds. Instead, imagine that you hear all tracks of "Transylvanian Hunger" simultaneously - the result is Spasm of Light without the aforementioned intermezzo and the equally calm ending. And, on a serious note, this is f**king art - pure self-realization without any commercial thoughts. Fans of combos such as Edguy, Doro P. or Sabaton will probably not buy this debut, to say the least.