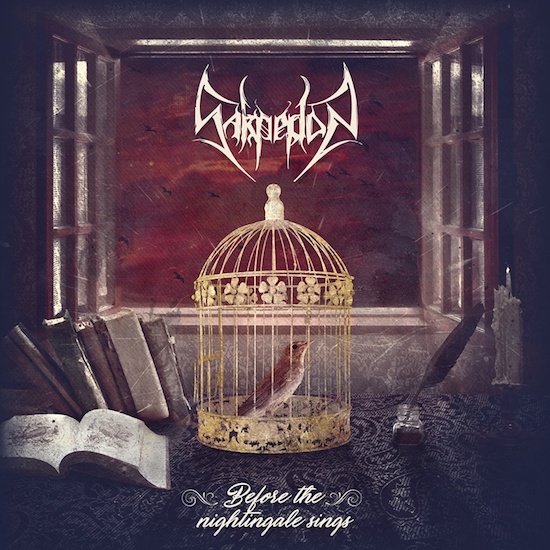 Norwegian progressive metal band Sarpedon appeared on my radar as yet another recommendation to feed my latest prog craving. As with each prior recommendation, I approached this one no differently, with the utmost skepticism and hopes of it being at least of a decent quality. Formed in 2005, with only 2 demos (2006, 2008) and a full length titled Atomic Nation put out in 2014 the band have summoned the courage to take up the banner once again with Before the Nightingale Sings released September 27th, 2019 independently. As a preparation I consciously barred myself from whatever progressive metal I may have been listening to and those I would encounter potentially; thus after absorbing the tuneful atmosphere of Sarpedon’s sophomore full length record I am content with what I have heard, I will even go as far as saying Before the Nightingale Sings is my 3rd favorite progressive metal record of 2019 thus far, falling just a tad bit short of Noveria and the new Vision Divine records.

Sarpedon have all the tools at their disposal, and usually with time it is only expected a band becomes more skillful and adept with their apparatus. Hence I can say that after listening to their 2014 output I am pleased that such is the case with the musicianship of Sarpedon. Atomic Nation was a relatively strong album in the band’s discography; however, the material featured on Before the Nightingale Sings is superior to that of anything by them on their debut full-length effort. ‘Spiritual War’, ‘Creeping Chaos’, ‘The Enemy’ and onward speak of a band risen and open to the possibilities of their skill. Inherently progressive metal, Before the Nightingale Sings builds into a blissful crescendo as the songs cover ground; hence, noticeable is the character behind each musician slowly striding toward highlight moments. Göran Nyström‘s vocals are a thing of splendor instantly reminding me of Roy Khan’s (Conception era); I know I have given that reference to vocalists within the progressive metal genre before, but that is just how fantastic his and those mentioned prior are. He conveys a sense of both passion and frustration through his sonic verbal reach. His performance on each track shows of steadfast commitment, with his best performance materializing on the final track ‘The Nightingale’ adequately ameliorating the music in flaring fashion.

The guitar work and keyboarding truly begin to shine with the inception of ‘The Enemy’ as if they were shyly hiding but mounting the courage to stand amidst the determined vocals of Göran. ‘The Maelstrom’ revels Sarpedon's best song writing effort on Before the Nightingale Sings, lengthwise it is their most ambitious song yet being the longest they have recorded, beating 2014’s ‘My Mysteries Unwind: Part II’ by a quarter minute or so. Excellently placed in the track order and features highlighting moments on the record buy fusing the gratifying drumming of Carl M. Engstrøm, complimenting and tuneful keyboards of Daniel Hemstad altogether supplying memorable hooks and transitions to ensemble and event; a maelstrom if you may. Though almost 10 minutes in length ‘The Maelstrom’ flies by relatively quickly and does not lean towards a showing of filler nor is it befitting of a drag-on label. It brings the album to a pivot that is brought to an applauding close by the final track ‘The Nightingale’.

Though I don’t have access to the lyrics; through what I could make out vocally, Before the Nightingale Sings appeared to be focused on the subject of summoning self-confidence and rising to the occasion in the midst of massive adversity; I think. The title of the tracks in harmony with Göran’s vocals and the guitaring touch Daniel Iversen provided; that sensation as if trying to unshackle ones-self of some binding fear or challenge by going head to head with the feat. Before the Nightingale Sings is progressive metal by heart, offering a shot of strength to the enfeebled.