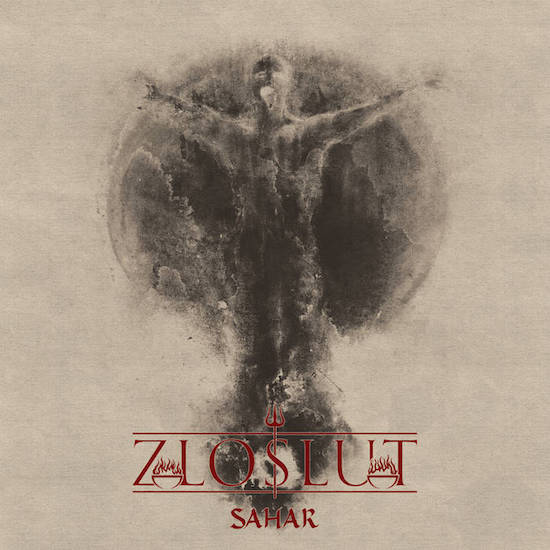 Buy on: Bandcamp
Type: Full-Length
Release Date: February 5th, 2019
Label: Morbid Chapel Records
Genre: Black
1 Collapsing Of Cardinality And The Rising Of Absolute
2 The Quest
3 From Where The Light Springs
4 Shadowdwellers Tyranny
5 Of A Nameless Faith
6 To Break The Circle Of Saṃsāra
7 Become The Beyond
MetalBite on YouTube

Serbian black metal seems to be a challenging kind of music. The Stone always create dark and almost impenetrable monuments, but the unfortunately less known Zloslut do not need to fear comparison with their national role models. Sahar attacks with seven songs with an average length of more than seven minutes. Sometimes this configuration makes it hard to enjoy an album, because our fast-food-minds do not understand why it takes so long to come to an end. But Zloslut seem to be aware of this fact and that's why they connect slightly dissonant, abyssal sections with relatively smoothly flowing parts. Both components have one thing in common, they do not lack vehemence. Given this situation, already the opener scores with its various facets. Enjoy its morbid introduction, the slowly growing heaviness or the first rapid leads that guide us straight to hell. And by the way, the opener's title "Collapsing of Cardinality and the Rising of Absolute" seems to reflect the length of nine minutes... In particular the lead vocalist uses different approaches and expresses pure darkness. He even intersperses an "ugh", but naturally the class of Tom Warriors elemental cries remains untouched. The only regrettable thing about the opener is its unimaginative end, it just fades out.

Zloslut stand with both feet on the scorched ground of the black metal territory, but they also have a mostly well-hidden affinity for thrash. Occasionally it shimmers through, for example at the beginning of "The Quest". Nevertheless, the unholy aura of the track leaves no doubt that this is still a conjuration of evil. The band spins a very dense web of negative emotions. It does not offer the Burzum-esque meditative or hypnotic sequences that rely on endless yet fascinating repetition. Nevertheless, sometimes it feels as if the group wants to deliver the soundtrack that helps the listener to fall into a kind of trance. However, I prefer the more raging parts which have an almost mind-bending effect whenever the dudes reach their top form.

Production-wise, the album meets the international standards with great ease. Sahar sounds voluminous, vigorous and does not lack pressure. Unlike some other productions of the sub-genre, it does not get blurred when it comes to fast eruptions. Given this situation, the unconventionally designed tracks can reveal their full aroma. Okay, I cannot say that each and every song makes my day. Yet there is more than enough substance in the seven pieces, a pulsating heart that beats for the glory of the dark arts. And this kind of pretty complex black metal is still a rather young style. One cannot speak of an innovative approach, because The Stone play this kind of music already since some years - but the Norwegian godfathers of the second wave did not perform such interwoven songs, that much is certain. Additionally, there are no doubts that Zloslut still have room to improve. Some meandering parts should be erased in order to make the songs more compact and a tinge of catchiness would also be a fine idea. However, if you like your black metal raw, sinister and authentic, Sahar is a good choice for the next intensive listening session.