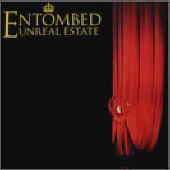 Type: Live
Release Date: 2005
Label: Threeman Recordings
Genre: Death, Thrash
1 DCLXVI / Intermission
2 Chief Rebel Angel
3 Say It In Slugs
4 It Is Later Than You Think
5 Later Than You Think
6 Mental Twin
7 Night Of The Vampire
8 Unreal Estate
9 In The Flesh
10 Something Out Of Nothing
11 Left Hand Path (Outro)

Entombed have come in for their fare share of criticism since they released DCLXVI. Their transition from Death Metal Supreme to the trademark Death ‘n Roll just didn’t sit well with some people. But during this period they’ve released some great albums saturated with energy and are really just sheer damn fun. Releasing material through their own Threeman Recordings in Europe they’ve continued to sound committed. Culled mainly from Uprising this album represents that recent Entombed material in the live setting. The twist on this one is that the band performed on stage at the Royal Opera House in Stockholm with 30 Ballet dancers. Conjures up a strange image, I’m sure you agree.

Still proving to be a live force they belt out tracks like the red hot “Say it in Slugs” and an imperious version of “Night of the Vampire” with all the verve and energy they’re renowned for. L.G. Petrov is still sounding as hoarse and crazy as ever, a definite presence with his evil belches.

What is most unusual, yet fitting for the performance, is the way they combine the tracks with ambient sounds. It adds an eerie ambient vibe to the whole affair that I wasn’t wholly expecting and combined with some samples it really changes the mood of the performance. Jorgen Sandstrom’s bass in particular just add that oppressive darkness that you can see working so well with a visual accompaniment.

The only problem with this is that sometimes you get the feeling you’re listening to a soundtrack to something because of the way it’s structured. And really, you are. You’re missing out on what actually made this event so unique in itself and with a DVD supposedly forthcoming maybe this CD is already redundant.

Bearing all this in mind it’s still a good listen, it’s a good representation of their live power and quite a nifty performance. Yeah there’s a nagging feeling there that you should be watching the performance, but this is still a little different and an interesting listen all the same.