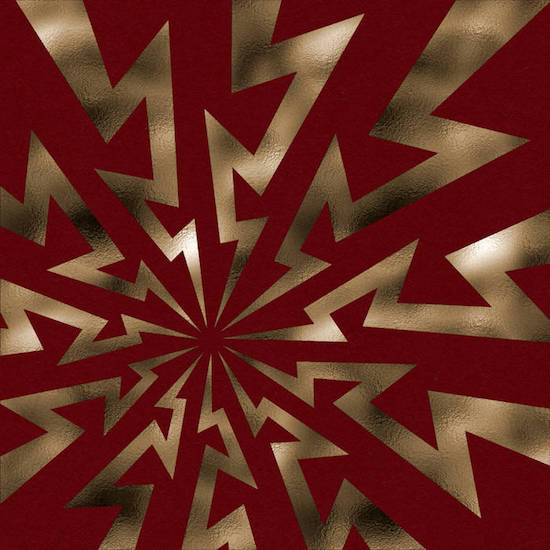 Switzerland’s pagan black and death metal duo Bölzer were one of the most fascinating surprises in the world of extreme metal, and also one of the most astounding as they were able to catch metalhead’s worldwide attention with just a couple of EP’s with no more than 2 to 3 songs. As well as impressing with their unique style of extreme metal the Swiss duo managed to create a relentless and oddly melodious brand of blackened death metal with nothing but a ten string guitar, dry and echoing death growls and drums. However then came their divisive and controversial debut album Hero where the band in an attempt to continue expanding their music in tandem with their lyrical topics and concepts, mixed their brand of blackened death metal with sludge metal akin to bands like Mastodon and Baroness which rubbed many metalheads and enthusiasts of the band’s early music the wrong way, which lead to the band to only release a single song for a split and focus primarily on touring, until now.

The first thing to note of Lese Majesty is how it’s both a throwback to Bölzer’s earlier sound, while also keeping certain elements from their much maligned debut album, particularly in the guitar work of Okoi Thierry Jones aka “KzR”. His playing style is very reminiscent of Hero, the riffs and hooks are as complex as in Aura and Soma but there’s a very clear focus on creating a melodic and dynamic sound while also emphasizing a ritual like repetition in each song where they introduce a main riff and keep the pace and flow. The band also makes a bold experimentation with ambient music in a way they never did before, the quite large length of the songs are to create a mystic atmosphere that lulls the listener to a sense of comfort before subjecting them to a psychedelic avalanche of powerful soundscapes.

Jones takes full advantage of the 10 strings in his guitar and expertly showcases deft speed and complexity, despite going back to the raw intensity of his early material. Jones’ musicianship is much more mature and polished. The same can be said about his about his unique vocals. Jones’ distinct brand of dry growls where much lauded and despite the grumblings of various metalheads, his clean vocals where also impressive to hear, those oddly ululating and shaman-like chants that he prominently displayed in Hero serve as the backing vocals to emphasize the chorus and bridge sections. The opening track, “A Shepherd in Wolven Skin” perfectly encapsulates Jones’ seamless transition between his chilling growls and echoing baritone singing, and even displays whistling in key moments.

And no talk of Bölzer would be complete without singing the praises of drummer Fabian Wyrsch aka HzR, who is easily one of the most talented drummers in metal music right now. Similar to Jones’ evident growth as a musician and performer, Wyrsch has perfected his drumming by expanding beyond the blast beats, adding a jazz like layer of complexity to the quality of his drumming, while also maintaining the primitiveness of black and death metal. And of course, both Jones and Wyrsch work in flawless harmony with each other, with outstanding uniformity where one of the biggest problems in extreme metal is how certain instruments and performances get lost or are overpowered by the rest of the performances. Bölzer are the unique exception, as without either member of this duo, the music would not work as good as it does, and the production of the EP perfectly showcases both Jones and Wyrsch individual talents and unity.

However, for all the good things the band accomplished on this new EP, they also fell into the hole that all extreme metal bands have fallen to, which is the retreading of already explored paths. Like I mentioned before, with this EP the band attempted to consolidate their debut album's sound with the sound of their first EPs, and while there’s certainly a lot to praise, particularly Jones’ and Wyrsch’s musicianship and performances. The overall feel is of yet another Bölzer release, as we have heard both the band’s earlier aggression and intensity, as well as their musical experimentation, with the only really new aspect of the music being the experimentation with much more overtly atmospheric soundscapes. Like in the interlude “Æstivation” and the closing section of the fourth and final track “Ave Fluvius! Danu Be Praised!” where the band manages to successfully counter the treading of familiar ground with their outstanding performances and more nuanced approach to songwriting. The other flaw to note is the nature of this release, it being a mini album of only four songs. While Bölzer where praised for making very compelling music with just a couple of songs, in here there seems that the band opted for a smaller approach to release new music as a way to test the waters. Since this is their first major release in over 3 years, there’s nothing wrong with that but for as long as the 3 main songs are, you end up wanting more and the album flies by too quickly and ends too abruptly just as you settle into its groove.

All in all, Bölzer have proven that they can still make compellingly aggressive and provocative music but at the end of the day, this EP is a clear teaser of things to come. For a band as well-known as Bölzer, who have proven being able to do much more, it falls a bit short but nevertheless it’s a promise of things to come, and the hope that for their next album they’ll finally nail the sound they want to create.