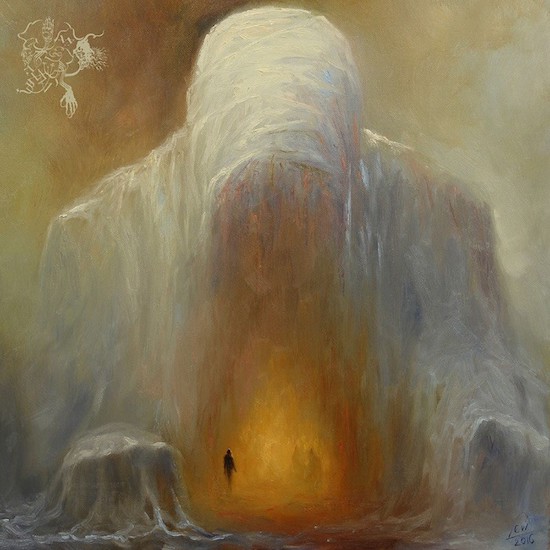 Type: Full-Length
Release Date: November 15th, 2019
Label: Blood Music
Genre: Black
1 I Will Depart
2 Sun And Moon
3 Ever So Bold
4 Black Waves
5 Into The Sleep
6 Born Of Nothing
7 The Final Failure
MetalBite on YouTube

Abigail Williams is one of those bands in the metal community that many people will have heard of but never really listened to. I can’t really blame them for it neither, Abigail Williams was a controversial band in the late 2000s. They attempted to mix symphonic black metal with metalcore at a time where any style with the word «core» induced vitriol from the most elitist of metalheads. As some were foreseeing this new mix of styles as the future of the American black metal scene, the term blackcore was dubbed. This must have been one of the shortest-lived terms since all mention of blackcore died right around the beginning of 2010. Of course the coming of both post-black and blackgaze to the larger American audience was largely responsible for the death of this up and coming subgenre, but it must also be said that around the same time, Abigail Williams, seen as the founder of the genre tried to sever its ties from their metalcore roots.

In fact, the word purge would probably be more accurate as the frontman, Ken Sorceron, kicked the whole band out, recruited new members and started anew. The metalcore elements were indeed absent in their next records In the Absence of Light and Becoming, however both were criticized as un-inspired versions of Dimmu Borgir and Wolves in the Throne Room respectively. To remedy to this situation, Ken did what what he does best, kicked the whole band out, recruited another set of musicians and moved on to a fourth album. This time Ken Sorceron asked all his new recruits to listen intently to "Under the Sign of Hell" from Gorgoroth, because that was the future for Abigail Williams. Their fourth full length album, The Accuser, came out and well… it was still considered a staler and un-inspired version of Norwegian black metal. A third purge is initiated, and Ken Sorceron decides to take matter into his own hands.

We are now in 2019, Abigail Williams just released their fifth full length album, and Ken Sorceron is credited as sole member of the band. It must have been a very soul searching three years between the releases of the Accuser and Walk Beyond the Dark as Ken Sorceron managed to contradict his critics and create an original black metal album. Abigail Williams went back to their symphonic and melodic roots, including a cello to add to the atmosphere of the album. The sound is very large giving all the space required to build up songs into epic proportions. The riffs displayed by Ken’s guitar work show how far he’s come with his black metal influences as he displays heavy palm mute riffs, aggressive tremolo picking and open chord melodies. The mix of these three styles of guitar play are most apparent in their opener 'I Will Depart'. 'Sun and Moon' enlarges their musical spectrum by adding post metal to their list of influences. 'Ever So Bold' must be their most aggressive song of the album but still manages to slip in a beautiful solo.

The highlight of the album must however be 'Black Waves' which has a similar song structure than epic black metal acts and it works well. This song structure can be described as the following: long and sorrowful intro accompanied by a folk instrument, build up to aggressive black metal, return to the folk instrumentation and finally crescendo where both black metal and folk instrumentation build up into a mix of beauty and aggression. I’ve always had a sweet spot for these types of structure. 'Into the Sleep' has this thick wall of sound from beginning to end and is also acting as a bridge from their first half of the album to the last half.

The last two songs, while not bad, do suffer from the same predicament that plagued Abigail Williams from the release of their second album. They both feel blend and un-inspired as the explosiveness and emotions seem to have disappear. The cello was kept through these songs but sounds off, as if it was forced in post-production. This sudden shift in both sound and feeling can be explained by the fact that both songs were originally written way before 2016 and were «reworked» as Ken said in an interview into Walk Beyond the Dark. That would most likely explain why the songs feel out of place.

The album as whole is a very creative work and is, without the shadow of a doubt, the best album produced by Abigail Williams. If the first half of the album is indicative of what is to come, then I am very hopeful for Ken’s future. It took many turns, a load of mediocre albums and a bunch of different musicians, but in the end Abigail Williams ended up finding its soul and coming up with a great musical direction.