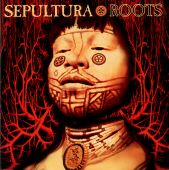 Sepultura have evolved a lot since their last release through a three year period. Much has changed withing the band's sound. The down tuning is even more down tuned on this release, which gives the cd a more heavier tone than before. The vocals are more brutal than they were before and have improved a step from Chaos AD. The songs are complex and interesting and the instrumentals are very diverse and experimental. I find this cd to be confusing at times. It is obviously an album with a wide amount of experimentation. Some of the material is rooted in hardcore, yet some is slower paced with a heavier feel that may be too much of a stretch for some Sepultura fans. To be honest with you, I do not see what the fuss is about this record. Songs like Cutthroat give a middle finger to record corporations and songs like Dictatorshit scream out with raw emotion and intensity. Overall this is a great Metal album plain and simple.

Bottom Line: One of the most experimental, diverse, and interesting metal releases I have ever heard! Buy this album!