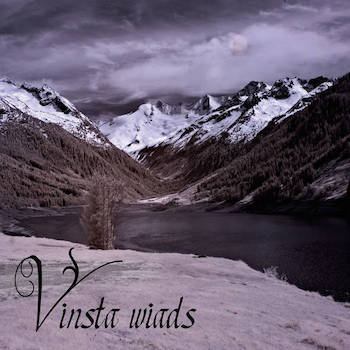 Since the process of creating music is seen today as a very introspective and personal exercise, there emerges a certain romantism in rejecting tags, labels and proclaiming the artform as being self-contained. For many artists, this is expressed through the dissociation of their music to any movement, genre or scene. While no one can dispute that all works of art are unique, it still stands that themes, trends and influences from other artists will permeate every composition, be it consciously or unconsciously. One rather famous example of this unconscious influence is in Behemoth’s song 'Conquer All' from the album "Demigod" where the main riff bears striking resemblances to the song 'Be All End All' from Anthrax. When Nergal, Behemoth’s front man, was questioned about the similarity between the riffs, he admitted being surprised as he used to listen to Anthrax when he was a teen but never consciously used their music as influence. As such, categorising and comparing artists can be justified as music cannot be evaluated in a vacuum.

In terms of conscious influence, some records are simply too transformative within a given scene or genre to ignore. We all know a couple of these albums; At The Gate’s "Slaughter of the Soul" for melodic death metal, Burzum’s "Hvis Lyset Tar Oss" for atmospheric black metal, Isis’s "Oceanic" for post-metal (or atmospheric sludge metal). In the field of extreme progressive metal, Opeth’s early albums, namely "Still Life" and "Blackwater Park", are considered by many as a milestone for the genre. For Austrian musician Christian Höll of the band Vinsta, these two albums were not only used as influences for the composition of his own music, but rather as blueprints. In fact, Vinsta’s album Vinsta Wiads is, by all accounts, a lost Opeth album from the period between 1998 and 2002.

Glancing at the cover art for the album and listening to the first minute of the first song 'Vinsta Wiads' anybody could be fooled into expecting a folk metal album. In fact, this would have been coherent with their debut self-titled album which would be more aptly considered acoustic folk. As soon as we are introduced to the first distorted riff, Opeth’s album "Still Life" comes to mind and sticks with us during the remainder of the album. The folk metal influences are only partly noticeable through interludes such as 'Aufgongsjodler' and 'Nochklong' and are delivered not so much in a melodic/traditional manner but rather in an atmospheric one. It could be argued that these small, albeit present, atmospheric interludes as well as the singing in Austrian rather then in English are the main features that differentiates Vinsta Wiads from an all out Opeth worship band.

While Vinsta cannot be favorably judged for their originality, their execution in re-creating an Opeth album can be evaluated. In these regards, Höll manages to capture not only the sound and atmosphere present in both "Still Life" and "Blackwater Park", but also the riffs, production value and overall feeling. This is no easy feat as Opeth is known for their odd time signature changes, their complex chord progression and masterful transitions from hard hitting riffs to atmospheric acoustic passages. Vinsta showcases all of these aspects and Höll even manages to imitate Åkerfeldt’s well known deep growling. The best songs on the album are the ones which showcase Höll’s ease at transitioning between heavy riffs and calmer sections. As such, 'Vinsta Wiads', 'Gedonknschwa' and 'Bluatlauf' are clearly the highlights of the album.

All in all, if you think Opeth’s last few albums are getting a bit too mellow and you are yearning for a return to the "Still Life" and "Blackwater.." period, then Vinsta’s album will be the right pick for you. Just know this isn’t the most innovative album.