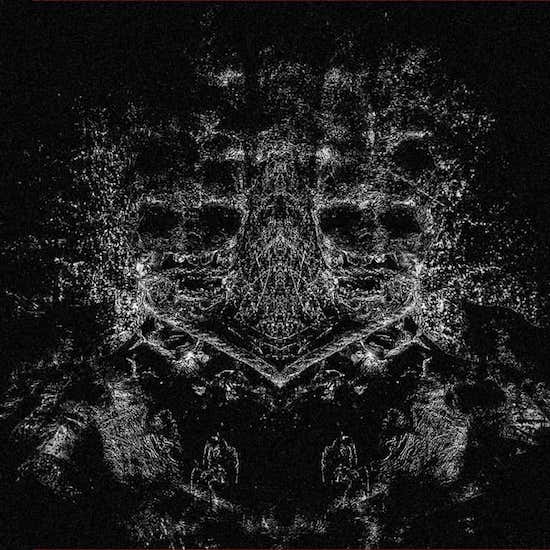 This full length by Merda Mundi is absolutely violent from start to end. Themed around complete eradication of this species, you get 4 songs viciously played in crafting a disastrous atmosphere. Titled Hatred, which very much gives away what is taking place on the record, those feelings of rejection and hostility are increased with each passing affliction. Four tracks are used to box you within cold, spiked, steel-walls conveying the message and feeling of antipathy. The drums are hammered brutally and is rarely given a break, the riffs are just as crazed and racketing through their demolishing passages while the vocals of solo visionary behind Merda Mundi, Déhà, channel more waves of mayhem through his agonizing and loathe driven yells. Hatred is one of the most unfriendly and antagonizing releases you will or would have heard in 2019 and though this is not war metal/bestial black/death metal, it surely comes close through its rising intensity which is at times parallel to that heard on Termination Apex by Kapala or other bands reflective of; Aparthiva Raktadhara, Abysmal Lord, Human Agony, Trajeto De Cabra etc. Hatred comes roughly 5 years since the release of VI - Khaos and marks Merda Mundi's 3rd full-length extinction-spree stretching from Belgium to all parts of the world.

For 4 lengthy songs more than 7 minutes each, I found it surprising boredom never set in, blame it on my likeness for this sort of material when played in such fashion but I have heard less timed records of the same that never go beyond the flat surface it seems. Here on Hatred, each entry sounds alarmingly more venomous than the prior; it's one of those releases that begins on a climax and ends on one. Sonically exhausting at a high volume, thus instrumentally reflective of the theme, the music here is uncompromisingly brutal. Sheer un-mindfulness and lack of care or respect, Hatred destroys with 'Condemn Them', 'Castigate Them','Annihilate Them' and my favorite, 'Fucking Hate Them'; all by means of procedure erect 4 walls love could never penetrate. Suitably built for the individual who just can't stand certain aspects of humans or humanity in general; a rampage from beginning to end, Hatred lands like a barrage of stones and nails, plundering all affection and the affectionate.

Though very aggressive, Hatred contains instrumental competence that comes to front through the production that is somewhat manageable, so erase any ideas that may point towards musical sloppiness, inconsistencies or inadequacy, those undesirables do not materialize at any point of the record. Even with few sections playing to a doomy groove, therein exists adhesion. The arrangements are matching, the tone and tuning are ideal, and the execution of riffs, vocals and drumming are reflective of a knowledgeable individual. Déhà is involved in other bands and has put into action other projects as well, hence, experiencing this latest full-length effort and enjoying every second of it has earned some inquisition into past material and other involvements. Limited to 100 copies on CD with no repress planned, get Hatred through Malpermesita Records before its greedily devoured; and just like any other great piece of recording of this nature, it is impossible and even unfair to the projected experience and aim of Hatred for me to recommend any track for appetizing purposes, listen to the whole fucking album.