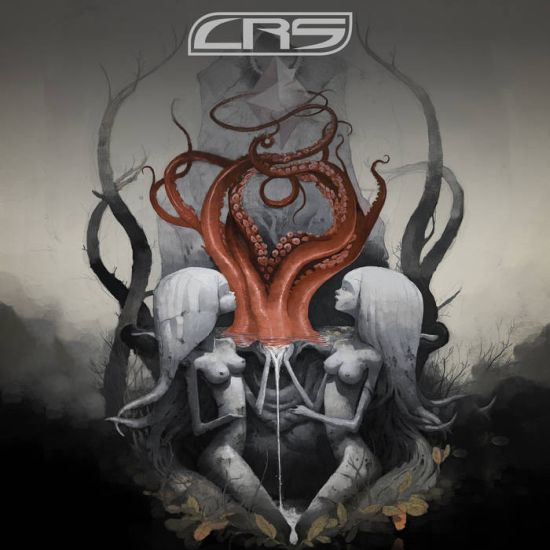 Lately, I have been very positively surprised by the prolific and diverse metal scene that is emerging from the depths of the Mexican catacombs. CRS is definitely one of those surprising bands. Coming from Ciudad Obregon, CRS delivers a very interesting kind of technical groovy-death metal that also includes some jazzy and prog elements making a very enjoyable listen.

The album starts with the song 'Asfixia' and immediately Meshuggah came to mind! The track is full of guitar chugs, double bass drums in polyrhythmic patterns that evokes the sound of "Contradictions Collapse", "None" and "Destroy, Erase, Improve" era. Obviously keeping distance from direct plagiarism and maintaining an original and fresh vibe. 'Tan lejos de Dios (Nowhere… but here)' keeps up with the double bass, mid-tempo and chugging approach; mixing lyrics in both Spanish and English. The lyrics are reflections of inner human struggles and religious criticism. It has to be said that the production in the bass department is very clear and audible. The next attack 'Kill My Name' shows a straighter forward intention where grooves dominate the musical landscape and are reminiscent of Fear Factory in their "Demanufacture" record. Next, we have 'The Art of Breathing', being one of favorite songs from the album because it takes a very groovy approach, jazzy drums and again, referencing the best of both worlds between Fear Factory and Meshuggah. 'Resistencia' and 'A Better Place to Hate' are tunes located more on the edges of death metal mixed with some killer riffs and awesome drum fills giving the record variety from groove, technique and brutality. 'The Daydreamer's Nightmare' is the best song displayed in The Collector of Truths because of its intricate progressions between genres and demonstration of outstanding musicianship. The guitars in this song take a more melo/death path which add more variety and makes a very entertained listen. The record closes with 'I'm the Universe' that does not disappoint and wraps up the whole experience in a very cohesive way.

In general, listening to The Collector of Truths by the Mexican band CRS was quite entertaining and it also gave me a blast from the past of iconic bands like Meshuggah and Fear Factory. The band really knows how to integrate different elements to create a machine gun of grooves and chugs. Welcome to the feast of grooves!