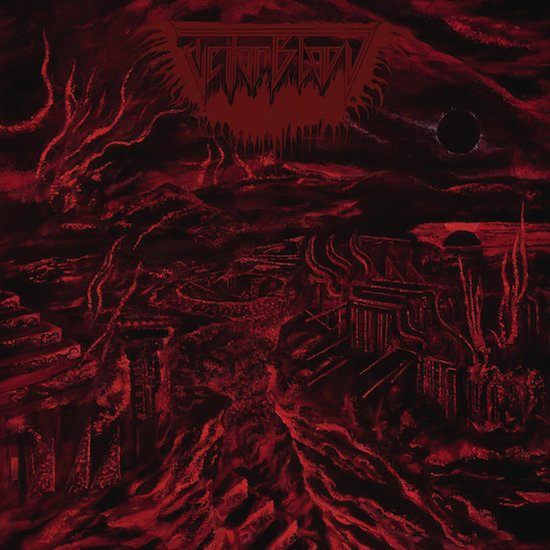 Teitanblood is like that one family member, that no matter how bad you have behaved, always gives you what you want when you want. Apart from being spoiled by the usual treats, that special person always tops it off with a few surprises by going out of their way, to serve-up a bonus, all delivered with a smile. The sacrilegious Spaniards in this legendary band known to bestial metal lovers as Teitanblood don't just play black/death metal, they fuck with you in the process. This time their gift to the hordes is The Baneful Choir. A pillaging of the body on accursed ground, by modules of existence hideous in every sense; the raking scrape of noises and tantrums by string, snare and tongue, fatigue the unknowing into a craze unrecoverable.

What poured from Seven Chalices has long since been at the core of their behavioral patterns, though Teitanblood's visions remain twisted, their form of representation has always steered the listener through a technical maze of distortion and brutality. Sonically scary, instrumentally ingenious, the late comer of 2019 has taken the number 1 spot for bestial black/death metal album of the year. The Baneful Choir is yet another creature of its own habitat, though still true to the occult war metal order established, their ill-tempered swing hits with a beefy thump through this now meaty production. The cymbal work here is still very tight, the drum-kit is molested senselessly, does it overthrow Seven Chalices?, no; I mean, come-on what kind of question is that, Seven Chalices was snare and cymbal rape through the epoch.

The riffs and solos INHUMAN; holy fuck, what you're getting here is music worthy of a human rights violation tag due to how barbarity and complexity are intertwined to build the framework of The Baneful Choir. Just listen to the insanity taking place on ’Leprous Fire', 'Ungodly Others', 'Inhuman Utterings' and 'Sunken Stars'- (a six minute session with your brains in a microwave). Like getting cornered by starved lions, you will most likely be subjected to the paws of unbeing; criminally reckless, barbarically beautiful and staggeringly brilliant where instrumental proficiency is concerned, The Baneful Choir is material out a genie's lamp. Teitanblood are very much standing alongside the masters of the bestial arena at this point and I don't think they're done. Yet another killer record from Teitanblood still fortifying their already unshakable catalog.

The diaphragm of black/death metal must be as cold steel is with so much top-class material coming from new formations and trusted sects. Whatever else Teitanblood set out to accomplish, we as supporters need not worry, these guys are notorious for giving their best every time. The Baneful Choir is the backbone of bestial war black/death metal further bent and twisted into unrecognizable shapes and figures that still appeal to throng.