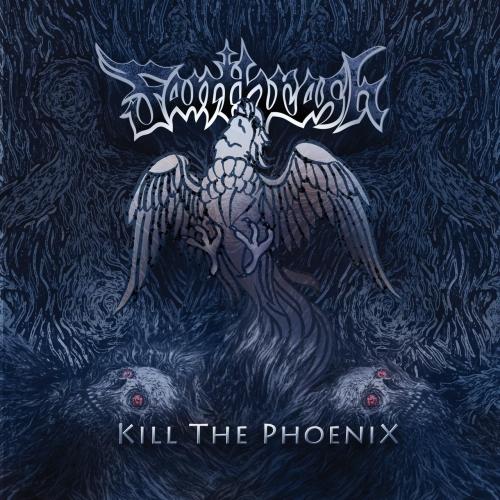 Admittedly, I gave up on looking for anything new or exciting in thrash metal. For me, it's a one-dimensional trek into galloping riffs and staunchly familiar, albeit engaging tones and structures. What once worked well in 1986 doesn't necessarily bode well for the modern day when it's all been done to death. I suppose my elder fangs are showing.

That said, Fanthrash, making its way from Poland, manages to at least create an interesting sound that, while familiar, manages to step outside the same-old and provide a pretty powerful trudging through the mire that is this re-thrash-hash. Further admittedly, I wasn't a big fan of the band name when I was first offered the album to review; I immediately conjured up a visual of some guys hanging out in a local metal watering hole and drunkenly proclaiming their notion to be the next saviors of metal music, come hell or high water and focusing on the first name that popped up. While I'm still not sold on the moniker, I have managed to take these guys a bit more seriously within the confines of the album, Kill the Phoenix.

I'll simply say that in the midst of this purported revival of thrash metal, there are very few bands worth mentioning. At all. Sure, you can throw names out into the large air and claim them to be viable implements for said genre, and you may very well be right, but as a guy who hastens to admit he's old enough to have seen the birth, triumph and eventual decline of thrash metal I guess I'm a bit tougher sell. I'll definitely say that Fanthrash has managed to shake the tree a bit and find some interesting time changes, vocal patterns and tempo structures that, while not totally new, are quite interesting lumped under the thrashing aspect of the album. Vocally the band comes across as more Vader than Slayer or Whiplash at times, which is a plus for the most part; I tend to prefer the deeper, more throaty bellowing than the familiar screeching or basic clean-tone wailing that is almost always out of time or Anthrax-boring. I will not use the term “nu-thrash” since I utterly despise those “nu” terms with all of my being, but I will say this “revival” of thrash is not so bad when hearing something like Kill the Phoenix.

I particularly like how the thrash herein is not so steeped in antiquity that it just sounds dated and thin; I'm not so sure if it's a generous mesh of production (something thrash was criminally devoid of for most of the 1980's unless you had Fleming Rassmussen on board) and style or just trying to reinvent some wheel along the way, but whatever the case may be Fanthrash has assembled a swift collective of tracks that momentarily defy convention and highlight metal as it should always be: without borders or limits. Sadly, this is never the case these days, as people feel the need to create genres on the spot and assign small corners of the world all to themselves. I don't get and I refuse to ever get it, but I digress. This defying of some convention is evident in select spots on the album, namely in the intro piece “Herald of the End,” which has some seemingly out-of-sync jazzy portions nicely throwing off the feel. If you dig some brief mental detours in your music, ingest away – dare I say it's fun?

All in all, it's a really solid effort by these Polska ragers; I actually could find myself listening to this brand of thrash more often. I now await the simple folks to argue and say it sucks because it isn't "their" thrash.