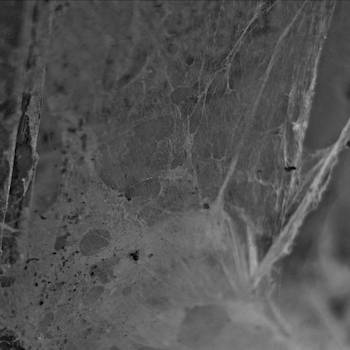 Post-metal, or atmospheric sludge, is a genre that shaped a lot of the modern sound found in other styles, be it in the progressive metal, blackgaze or post-black metal. The experimental approach to textures and the emphasis on atmosphere and sound rather than riffs and chords made the genre apt for comparison with the similar movement experienced in the rock scene, namely post-rock. In fact, both genre, post-metal and post-rock shared more than just musical similarities, they both had punk (hardcore and post-punk respectively) as their stylistic origin. As such, post metal can often be seen as the blending of hardcore punk’s aggression, doom metal’s thick sound and post-rock’s emphasis on textures and atmosphere.

Moanaa’s 2019 EP Torches is clearly influenced by this post-metal scene as their two main songs, 'Inflexion' and 'Red', are reminiscent of the sound Isis and Pelican used in the mid-2000s. This comes as an interesting progression as the polish band experimented with a more technical, almost noise rock-ish sound on their 2016 release Passage.

The first song, 'Inflexion', quicks off the record with a very aggressive tone, having a tremolo picked riff overlaid with aggressive hardcore shouting and a chugging rhythmic guitar. The hardcore influences are noticeable for the first minute and a half up to which point the beat slows down and the aggression leaves way for a highly textured atmosphere. Having this very slow and peaceful atmosphere mixed with K-Vass, Moanaa’s vocalist, continued anguished shouts does give way to a very interesting contrast of sound. The song continues ebbing and flowing into slower parts intertwined with crescendos and intense parts. While 'Inflexion' is quite short by post-metal’s standard, clocking in at 7 minutes, the song has all the features one would expect from post-metal.

The second original composition on this EP is the third song, 'Red'. In this song, Moanaa decided to dial up the atmospheric aspect of their music by opting for cleaner vocals and slower tempos. While it could be argued that had the first song was predominantly focused on the post-metal/atmospheric sludge elements, this second composition opts rather for a progressive sludge approach. The song starts slow and builds up to a very heavy and thick sound characteristic of sludge. By the middle of the song, what appears to be a decrescendo ends up being a quasi-breakdown with the clean vocals enveloping the listener in a thick atmosphere. While 'Red' is certainly interesting, the various build up feel forced and the middle section of the song tends to drag.

The second song of the EP, 'Without you I’m Nothing', is a cover where the original song is credited to the UK band Placebo. As such, this song attempts to bring a post-metal vibe to an alternative rock song. While the atmosphere and texture are quite on the spot, the song ends up missing a key component for what makes atmospheric sludge so compelling. This missing ingredient is the ebb and flow of aggressive and loud to the mellow and introspective. Sadly, the song ends up feeling kind of awkward and out of place.

It is not uncommon for bands to have EPs that serve the intention of mixings songs that are familiar and others that are rather experimental. While the cover song felt more like a filler than an actual song, I would still regard this EP as interesting as it had certainly piqued my curiosity and led me to anticipate their next full-length album. I would recommend to any fans of Isis, Obscure Sphinx or Cult of Luna.