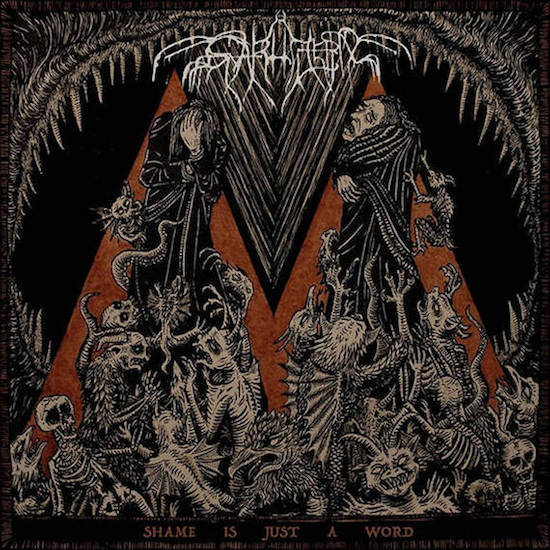 Good Norwegian black metal has become more of a rare commodity since its disturbing first echoes into the realm of metal. Church burnings, murders and all the grotesqueness acquainted with the scene at that time has taken a back seat to facilitate commercial success, and with people becoming more aware of this, it's understandable the interest and appeal of the sub-genre declined for a while. For me it never was the happenings that drove the status of those notorious albums released around that period of black metal, rather, it was the tunes themselves that garnered my attention. For others it was the senseless events that they were really interested in and gravitated towards; so, when people think Norwegian black metal or just black metal in general, that's usually the first set of things that come to mind which is unfortunate. It would emerge that with the dawn of the 2000s, the further away from the craziness black metal moved, the more marketable it became. And that to many meant a source of income for the time being.

Formed in 2003 Svarttjern have been very serious about their music and has put out four full length records with "Shame Is Just A Word" soon to be their fifth. Comprised of more notably Carpathian Forest and Ragnarok members, Svarttjern have built a respectful image of their music that has survived the drought of quality black metal from Norway. Due out January 17th, 2020 on Soulseller Records, the 8 tracks, just over 35 minutes new album offers a sprawling display of thrashing, rocking black metal cyclones influenced by the late first wave of the genre. No interludes or anything of the sort present on "Shame Is Just A Word", just candidly violent leads, solos and menacing vocals. 'Ment Til Å Tjene', the Immortal-esque 'Melodies of Lust' and 'Frost Embalmed Abyss' take a dump on some of the more recognized black metal releases from big bands out in 2019. I've heard some of them and they're so disappointing and embarrassing, in retrospect to what they made in the 90s; I can't believe those efforts are from such considered "legendary" bands. The songs on "Shame Is Just A Word" fucking slay, you won't even realize when the record is done. It's got the adequate run time in support of the instrumental delight, not too much nor too little only the necessary volume of prescriptions to cleanse your ear of the crap put out by superstar-status bands.

Being able to appropriately mix thrash metal and heavy metal with black metal is one of the formulas responsible for Svarttjern's success; 'Prince of Disgust', 'Bonded by Blood' and 'Shame is Just a Word' key-in on what makes the album (by what I would consider a veteran band given the members involvement with Carpathian Forest and Ragnarok) so fun to listen to. The vocals are excellent, the riffs especially on 'Melodies of Lust' and 'Frost Embalmed Abyss' are phenomenal; the drumming gives you that early thrash metal feel of fury on instances, while the production helps out through its clarity. Just a handful of bands could reach such a defining point in their musical journey and still remain relevant in a scene that consists of exorbitant amounts of banality, some of which need to hide behind edgy theatrics to even get a glance in their direction, thanks to the saturated mess of a genre. However, Svarttjern are a dependable breed far from the leeching hordes carrying the tag of self-proclamation, a reoccurring thing I see now.

For such a short offering of black metal, "Shame Is Just A Word" stands as a succinct entry in their discography, offering much more to remember and revere, than to disregard. With an early 2020 release in sight, Svarttjern with their new album have set a high bar that I feel many will fall embarrassingly short of once they undertake ascending to such a level.