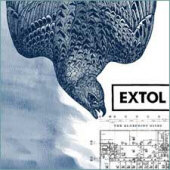 Since their inception in 1994, Norway’s Extol have slowly stepped out of the shadows. Beginning with their debut, Burial in 1998, they introduced us to their approach to death metal, expanded upon in 2000 with it’s follow-up, Undeceived. In 2003 we heard again from Extol with the release of Synergy, showing them once more alluding listeners by adopting a distinct thrash element. Now they’ve given us The Blueprint Dives, a testament to the group’s ambitious endeavors, once again evading any preconceived notions we might have had of them, while still delivering what is easily one of the very finest albums to come out this year.

Granted, both guitarists from the Synergy album left since then. However, former member Tor Glidje and Ole Sveen, both of who have been active in other bands, replaced them. While Synergy was filled with thrash energy and complex guitar work, Extol has taken those elements away for The Blueprint Dives, opting for a more metalcore approach. Ah yes, if I were you and hadn’t heard this album yet, I’d begin to weep as well. The last thing we need is another metalcore band. However, that is only a fraction of what Extol bring to the table. Furthermore, Extol take elements of hard/metalcore that have been driven so far into the ground by redundancy and breath life into them, imbuing old ideas with new ways.

The Blueprint Dives really is a continuation of Synergy, without as much metal guitar work. The band still exercises their fine ability to mix things up with blistering, odd rhythms, going every which way while somehow managing to stay coherent and cohesive. The songs, while atypically structured, are well written. Furthermore, The Blueprint Dives is an album that comes together best in its entirety.

As always, Extol implement their aptitude for melody, be it in the guitar work or otherwise. What are also worth noting are vocalist Peter Espevoll’s hauntingly lubricious clean vocals, a facet of the music that has become most prevalent on The Blueprint Dives. Catchy yet unpredictable and clever, they’re one of the defining features of the album and one of it’s greatest highlights. To top things off, the production is stellar: heavy and full with good clarity.

Honestly, I couldn’t say enough good things about The Blueprint Dives. It probably won’t catch on because it’s a bit different, and is bound to alienate many Extol fans, but despite that, it’s one of the greatest albums to come out this year. Please excuse my overt subjectivity on the subject, but Extol kick profuse amounts of ass; The Blueprint Dives shows how and why.