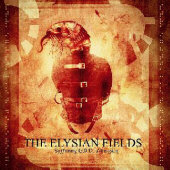 Mixing electronic music with metal? Nothing special. Cubanate did that in 1992.

Using keyboards to create textured atmospheres and establish melody? Not impressive. Amorphis did that in 1993.

Smoothly integrating electronica, Swedish death metal, and a mélange of other styles and structures to create a stunning metal fusion album, ranging from experimental jazz to pounding thrash rhythms?

Okay. That is a brilliant idea.

This is the fourth album from The Elysian Fields, a relatively obscure Greek death metal outfit. The constant style fluctuations will probably merit some comparison to Japanese experimental masters Sigh, but the style’s turbulent vicissitudes aren’t that similar. It’s obvious that they’ve developed and practiced this sound, though: the technical finesse of this album is astonishing. In places it rivals the legendary Cynic album, and in places it can match the best In Flames and Edge of Sanity.

My editors will send poisonous snakes after me for placing anyone on par with Cynic, but it’s a valid comparison. The experimental jazz influence that defined the former band’s brief career shines through in many Elysian Fields segments, though it’s sometimes disappointingly ephemeral. Don’t worry, so are half a dozen other influences. You’ll hear touches of Wolfsheim in “Anathema Unveiled”, shades of Amorphis in “Ravished with the Light”, and The Haunted with a touch of London After Midnight in “An Overture of Sorrow”. In case you’re wondering, I didn’t think that was possible either, but I have since seen the light. Er, the darkness, anyhow.

Keep an open mind while listening; one moment’s keyboard introduction becomes another’s driving Gothenburg-influenced metal rhythm. Transitions rule the day, brilliant and flawless segues from one playing style into a completely different genre, then back again before you can fully realize what happened. Granted, the production is occasionally weak, and the electronics overshadow the guitars in a couple segments where the guitars should clearly dominate, but there are no major weaknesses. You might find a missed transition here and a buggy sequence there, assuming you know what you’re listening for, but the finished product sounds outstanding.

This album captures so well the spirit that escapes so many “melodic” and “experimental” albums. It’s a brilliantly innovative approach to experimental metal, often incredible, always entertaining, and in some places unforgettable. Regardless of your particular musical taste, this is worth tracking down.