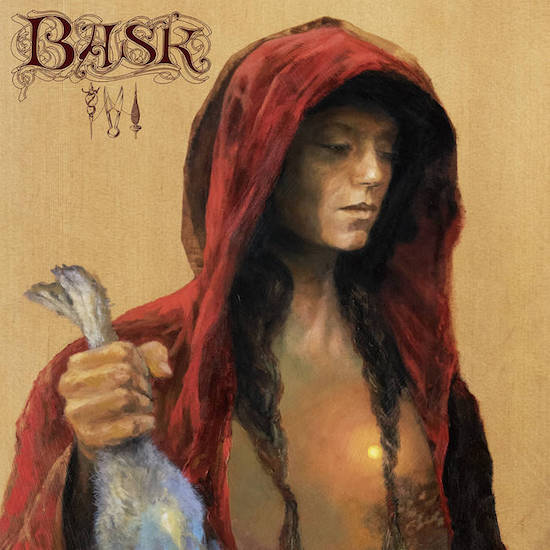 There is a feeling that recalls Baroness on this album.  It has that folk element, but also a groove that is unmistakable.  The entire thing rocks your socks off with gripping guitar riffing.  There is also a stoner element to the band that makes them seem somewhat doomy, even though they are far too light for that genre.  But still, the music is very authentic sounding and features a good deal of feel good riffs for the listener’s comfort.

How does Bask compare to the best of Baroness?  Well, they are lighter than that and function out of a different pocket, but still have the groove that band holds in such high regard.  There are a lot of lighter moments on the album when sparse guitars are used and the vocals reflect the mood.  III is a very chill album and a nice one to relax to for a metal release.  Mind you, the album is still metal with distinctly challenging and sometimes heavy song structures.  The element of feeling good is reflected in the fact that the band seems to be having a great deal of fun playing the songs.  Even from the opener Three White Feet, one can detect a fun and loose vibe to the band that carries out through the rest of the album.  The outfit seems to feel the riffs and this makes them more convincing and memorable.  The album is still not perfect and suffers from the syndrome of having been there and done that.  There simply isn’t anything here that Baroness has done perhaps slightly better and this leads to a deja vu feeling.

Still, this is such a jubilant and fun recording that you’ll be able to overlook this small flaw in favour of the passionate and enjoyable songs found here.  Fans of Baroness should rejoice because they have a similar band, Bask, that surpasses their album from this year, even though it doesn’t overtake past works.