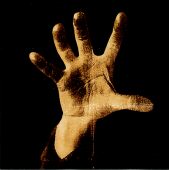 System of a Down seem to be walking a fine line with the metal populous. Many simply condemning them to just nu-metal and wanting nothing to do with them. But I would have to disagree here, as here is a band that as opposed to the many nu-metal spin-offs are actually doing something original and quite entertaining.

This is the first major release from the Armenian New Yorker’s on the ironic label of American Records, because if you care to read the lyrics or pay any attention to the band’s philosophies you will quickly realise that they are not America’s greatest political fans.

They’re style is certainly their own. One second they are making a serious statement against one injustice or another through a serious sounding piece of music, then they surprise the listener with an upbeat polka beat with what could be only be described as schizophrenic vocals, moving from one extreme to another. They are certainly unpredictable. It’s this original combination of genre’s like Jazz, Swing with hard hitting grinding metal (along we a good dose of insanity) that gives this band the edge of the mundane influx of “new metal” boy bands.

Produced by Rick Rubin, the production on this CD is huge…perhaps a little too huge, because when cranked it does distort. Perhaps the boys all got a little too excited. Musically this band are very tight. There is nothing on the album that I would describe as complicated, but the overall impact is massive giving the listener plenty of “bang your head” sections to work their hair swing magic with.

Bottom Line: A good solid (if not crazy at times) debut by these young proud Armenian men. If you are displeased with the world political system and like a good jump up and down at the same, then this is a safe bet.