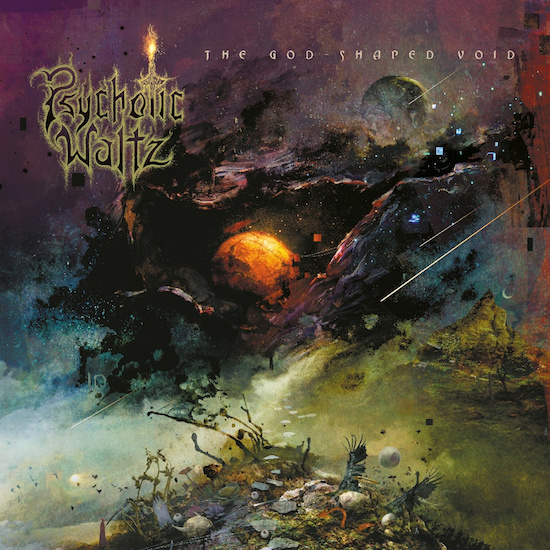 ::   ::  Bandcamp
Type: Full-Length
Release Date: February 14th, 2020
Label: InsideOut Music
Genre: Progressive
1 Devils And Angels
2 Stranded
3 Back To Black
4 All The Bad Men
5 The Fallen
6 While The Spiders Spin
7 Pull The String
8 Demystified
9 Season Of The Swarm
10 Sisters Of The Dawn
11 In The Silence
MetalBite on YouTube
MetalBite on YouTube

The new Psychotic Waltz is exactly what I wanted from the band. Perhaps less complex, but more melodic than some of their past works, this is exactly the change I wanted to see in the band. There are more subtle moments to be found on the album as well. There is still a great deal of complexity to the progressive nature of these weird prog metal vets, but it is broken up with majestic melodic moments that are serene and beautiful.

This is perhaps more accessible than the band’s other albums, but still requires careful listening. The music is still similar to old Fates Warning, although perhaps less so than their previous albums. The music here has an ability to draw you in like almost none other and that’s why it is one of the early choices for a potential best album of the year. Songs like Demystified are very wondrous and take the top priority on the album. Other tracks are equally interesting, but perhaps don’t have the subtlety that song carries forth with it. There is a great deal of variety to be found on the album as well, with tracks sounding considerably different than one another. If I have a quibble with the album, it’s in the fact that it sounds similar to their other albums, but this is only a minor issue. The album has better production than the band’s other albums and hence makes a bigger impact with more power and punch. Also, the vocals are nicely strange and compelling and fit the atmosphere perfectly.

The overall vibe of the album is esoteric and leads to a very convincing atmosphere. Fans of Psychotic Waltz’s previous material will definitely want to get The God-Shaped Void, but so will fans of progressive music in general. It is one that will be hard to top in the progressive music genre this year.