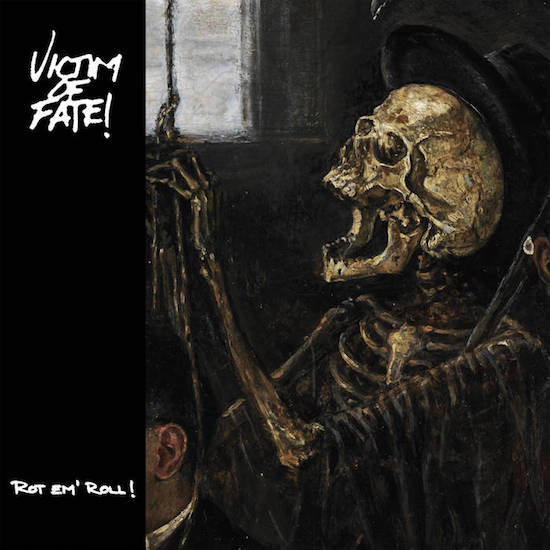 Victim of Fate, Mexican speed metal group hopped into their custom made sports car for a few laps around the derby circuit in order to qualify for the big race. The last time they entered the race they managed to grab 4th, just one position shy of a podium finish. The first lap 'Fantasy is Gone', saw the band set a decent lap time, hitting the apex of the corners accurately, accelerating and decelerating at the right instances, getting their lines right, thus posting a lap-time somewhat challenging to themselves and more-so the near busted Volkswagen. Second lap 'The Fate', saw the vehicle fall below the average speed accomplished on the first lap, needless to say, it meant setting a less fast time. In addition, the old Volkswagen appeared to be struggling around the corners, perhaps this was the fault of its age and/or quickly wearing-away super-soft tires, who knows.

However, they guys decided to take a strategic pit stop on the 3rd lap being 'Sunday Walk in Huinala' due to a significant drop in lap time in order to rectify the issue. Though comprised of an inexperienced staff, the pit crew managed to do a swift and timely tire change and refuel in preparation for the following laps. 4th lap 'Open Veins' would prove to be crucial, was the pit-stop a success or failure?, the former would be the result, it reflected a lap time and overall performance topping their original circuit time. The final lap however, was strange, even with the combination of many mistakes and some suspension issues they still managed to post their best lap-time on the circuit eventually managing to snag a 3rd place podium spot.

Without the analogy you could say the music on Rot em' Roll!, though shabby in production showed potential due to competent instrumentals and vocals neatly composed to gratifying measure. Let's see what the big race brings.