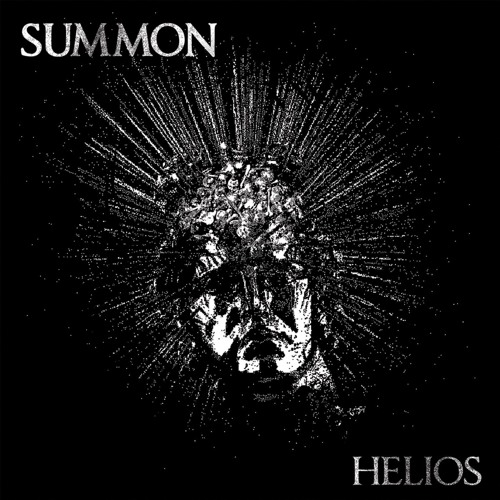 Godz Ov War Productions always stayed true to its statement by continuously bringing forth numerous releases out of nowhere. Summon, is no different. In their four years of existence, they debuted with an EP titled Aesthetics Of Demise, followed by full-length album entitled Parazv IL Zilittv - both in co-operation with prestigious Iron Bonehead Productions.

Without much delay, their second EP titled Helios, now released, which without any doubt speaks volumes about the excellence these Portuguese upheld. Although, many mutated genre terms invented by generic reporters, were coined to describe Summon and their sound, in simple words, they sound wicked, barbaric and ferocious. It's interesting to note that, on initial releases Summon operated as a trio, but in the year of 2019, they brought some changes in line-up with the addition of new guitarist, which must have brought even more massive turmoil to the echoing storm of madness that conjured throughout this EP.

Upon exposure to three tracks ranging below twenty minutes, you will get the essence of that uncompromising and relentless, yet primordial attack condensed here. With nauseating assault of guitars and drums, gasping vocals and total atmospheric horror – the experience of listening Helios seems like reading 'The Whisperer in Darkness', while being locked in a cellar in the middle of a fiendish storm.

Keeping this in mind, all followers should give Helios many spins, and end up praising Summon for opening a portal where wicked, barbaric and ferocious sound emerges like when swarming flies burst out of hidden cracks of a cave.