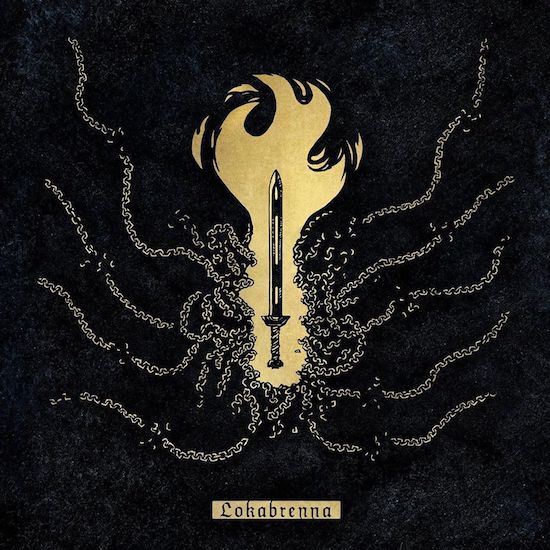 If you're into the more pagan side of black metal you're probably familiar with Swedish band Arckanum, which sadly dissolved in 2018. I bring this up because from Germany comes Nawaharjan, a band that will not only scratch that particular itch, maintain the Thrusatru tradition but is also a potential contender for best black metal album of 2020.

First and foremost, do not misunderstand, this band is not an Arckanum clone, far from that, I simply bring that band up for the sake of context and perspective, since like Arckanum, Nawaharjan is a black metal band which instead of Satanism and overt blasphemy, focuses on the Thursatru tradition and dark Germanic paganism, the tl;dr being that its basically Anti-cosmic Left Hand Path form of Nordic paganism, and they oppose the "Asatru " aka the well-known Nordic gods like Thor, Odin and so forth.

With all that out of the way and clarifying the one similarity with Arkcanum, let’s talk about what's important here, the music, and like I mentioned above, this is so far one of the best black metal albums of the year. The first thing to mention is how Nawaharjan play a style of black metal that perfectly balances the raw aggression of traditional black metal with much more melodic and dynamic soundscapes popularized by bands like Watain and Mgła. It’s the best of both worlds characterized by soaring guitars that create a chaotic wall of sound with sprawling melodies and dark atmospheres. The band even brings just enough progressive elements bolstered with a clean production to fully display all these musical elements. Moreover, and appropriately, the overall atmosphere the band created here is very ritualistic and hypnotic, the entire album is basically a retelling of the Loki myths from a Thrusian perspective, not unlike how other black metal bands write about Bible tales from the perspective of Satan. And the vocals by Skandaz are what truly sells this album and put the cherry on the album's atmosphere cake.

Skandaz has a very unique range and style. Instead of screeches common of black metal, his approach is much more savage and tribal-like, he snarls his vocals for the most part and seamlessly switches to ritual bellowing in the songs' choruses without losing any momentum or intensity. The overall feel is of a druid praising and calling Loki from the top of a hill, and that intensity is maintained throughout the whole hour of music. That's another element to point out, the album is very long and all the songs last from 6 to 10 minutes. The fact that the only major tricks the band used were a cleaner production to pull off such long songs without excessive instrumentation and guest vocals from Malte Langenbrinck of Chaos Invocation for one song is a testament of how effective and forward thinking this album is, while maintaining the DIY aesthetic of "TRVE KVLT" black metal; guitars, vocals, bass and drums. Excellent musicianship and production, what a novel concept! Not to mention that at no point the album has filler, or does it drag for longer than it should, you get a complete and satisfying experience from beginning to end.

There's very little to complain about overall. The band excels at all the black metal check-boxes, and have enough bold experimenting to make a truly unique album, and like I mentioned in the beginning, if you're a fan of Arckanum this album is decidedly for you and you'll thoroughly enjoy it.