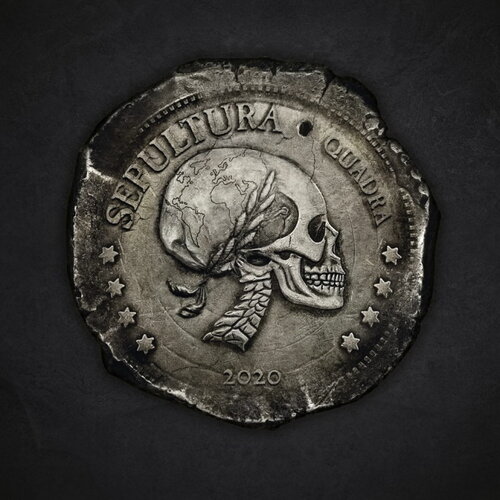 I’m not a big fan of Chaos AD but I think the groove elements they tried to incorporate were still heavy somehow and even if it showed a clear intention to leave the classic thrash metal period of the band behind, it’s a decent transition to the modern sound that would eventually keep the band updated with the taste of the constantly changing music business’ market. Roots on the other hand, added lots of groove with the latino influenced percussion style and exotic drums but the final result is disgusting. The ethnic elements didn’t mixed well with the inherently rough and tinny edge of extreme metal and eventually the band moved to a safer but still boring, more industrial and nü oriented proposal for the next releases. Almost 25 years later they released Quadra, and it feels like a revindication of those ethnic elements as the album is incredibly solid and their best output in all this time. Apart from the ethnic percussive elements there are also orchestral arrangements, female vocals and choirs.

What appears to be a new height regarding maturity in composition also enjoys the benefits from a world class production. The orchestrations are virtual instruments as you can check on the credits but you couldn’t tell just by listening, some were arranged by Franceso Ferrini, the pianist from Fleshgod Apocalypse, and others done by Renato Zanuto, keyboardist for Andreas Kisser solo project; very good mix… you can trace the latin influence back to the Roman Empire in this record - it’s way more than just samba metal- and the heavy and obscure parts include exquisite riffing. The drums sound acoustic and to be fair, Eloy Casagrande is a hell of a percussionist and songwriter. The use of exotic drums and the cymbals is extremely refined, and his style in general gives so much more than the tempo keeping role of a drummer in a band, it also adds a tribal atmosphere to decorate the groovy riffs and in some of the most epic parts he sounds almost medieval. The bassist Paulo Jr. just fills with simple bass lines the space between the rhythm guitars and the drums, nothing special either.

The guitars are lead instruments in the riff driven sections of the record, in which different styles of guitar playing are combined. Some fast parts sound like modern Overkill, but don’t ressemble classic thrash or Sepultura at all; they still kick ass though. Andreas Kisser’s trademark guitar lead sections with repetition of obscure and technical guitar licks are obviously also present, adding a haunting touch to the record. Soloing is exquisite too, technical in the large sections and pragmatic when just a floyd rose high pitched scream is needed to destroy everything in sight. Mid paced sections are super heavy, I’d say that some riffs are on the edge of thrash and death metal. Some sections include classical guitars too, and when the orchestral instruments take the spotlight the rhythms are also interesting on the low end.

The album is also varied in terms of composition; there are some progressive parts with ultra weird jazzy drum patterns and outer space sounding progressive arpeggiated scales (Voivod influence perhaps). The second half of the album is more experimental, the first one is heavier but the whole spin is interesting. Vocals by Derrick Green consist of powerful screams like any metalcore vocalist, technical or tuned clean singing is done by the choirs or the female guest vocalist, adding more textures to the already theme varied album. I’d say the second part of the album is even more touching than the first, that also kicks ass. It’s a very pleasant surprise for a fan of 1987-1991 Sepultura to enjoy another album released under this moniker, but any instrumentalist of any genre will surely enjoy this.