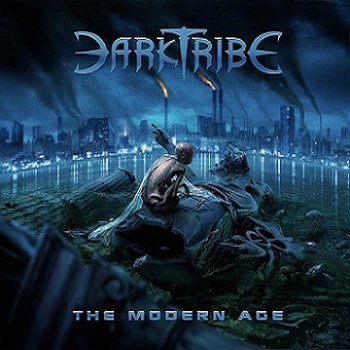 Thanatos have never been one of the most commercially successful metal bands. Well, how many death thrashers have ever run a profitable business? That’s not good for the artists of the subgenre, but for us it is great. Firstly, we get albums of hungry groups that never lack natural aggression. And secondly, it gives us the good feeling that we are supporting idealists. Of course, sometimes it’s no fun to support death thrash idealists. I remember that the debut of Dead Head made my head dead. But let’s stay at Violent Death Rituals, the aptly titled outburst of brutality that Thanatos have dished up.

Perhaps I am wrong, but to me it seems that the thrash elements and the deadly components are on an equal footing. I am not familiar with the entire material of the Dutch quartet, but I always thought that the death metal ingredients dominate their approach. Or am I just fooled by my own subconscious? Maybe I just like the album more than their former ones and so I think it must be because of an increased share of thrashing tones. From my point of view, thrash has always been the more flexible, the more authentic and the more precise form of extreme metal and so I am sure that every great release which houses aggressive noise must have something to do with thrash. So, let’s try to describe it differently. Thanatos do not offer the doom sounds that their compatriots of Asphyx like to intersperse. Violent Death Rituals avoids blast beats, but its general velocity is still a violation of moral principles in the eyes (and ears) of a “normal” music listener. The guitars have the right to offer more than two extremely low-tuned tones and the vocals deliver not only a conglomerate of incomprehensible growling. Nevertheless, the heavyweight production and the omnipresent violence lend the album a more homicidal touch than most thrash outputs possess. No doubt, there is still a lot of death metal in the sound of Thanatos.

What I really like is the fact that there are absolutely no erroneous shots among the ten tracks. Despite its thousand edges and corners, Violent Death Rituals wants to be inhaled from the beginning to the end and during the first five listening sessions, I was not able to press the stop button. It might be that the tracks at the beginning are marginally better than those at the end. Even competent veterans do not write hundreds of thrilling guitar lines like those that kick off 'Unholy Predators'. Yet each and every song has many different parts, tempos and more or less surprising twists and turns without falling victim to an academic approach. Everything is logically constructed and only if you really need something to grumble in order to be happy, you can lament about a certain uniformity of the song patterns. It needs a little time until the single tracks reveal their individual face. Anyway, this is no big deal in my humble opinion as long as hailstorms like 'Corporate Indoctrination' blow over the land.

As mentioned above, in particular the first songs have the license to kill. The opening title track rolls in with highly expressive, slow-paced guitar lines, before the powerful double bass and a tempo-varying snare accompany sharp Asphyx-riffing. 'The Silent War' is anything but silent, a swift torpedo with an almost mosh-like mid-part. I could describe further gems, but generally speaking, all songs rely on the merciless, unrelentingly slicing guitars. Doubtlessly, the guitars have won the place in the center of the mix and that’s how things should be. The vocals do not stand out, but Gebédi presents a solid performance. The idea to write a text by using hundreds of classic song titles (“Screaming for vengeance, awaiting Satan’s fall, show no mercy, we’ve come to kill ‘em all”) is not really new, just have a look at Darkthrone’s “Canadian Metal”. However, it shows the down-to-earth attitude of the guys and to call this track 'Legacy of the Gods' has charm - even though it is somewhat strange that they also mention their own track 'Global Purification'. Becoming a God by self-declaration is a dubious method, to say the least. But they also mention 'Creatures of the Night' (Kiss, hallelujah!), and due to this surprising and great action (Gebédi said in an interview that Kiss were one of the first bands that fascinated him), the poser in me is willing to forget the self-quotation.

Finally, don’t be fooled by the title of 'Burn the Books of Hate'. This is no White Death Thrash (does such thing exist?), but a brutal kick in the ass that gets more and more intensive the more the song progresses. Its dark and thundery atmosphere is very well linked with the natural brutality of the band’s typical sound and especially the last 60 seconds of this crusher drive me mad. Maybe Thanatos do not combine the best of both worlds, death and thrash, but they connect very good elements of these spheres, no matter whether or not the result is commercially usable.