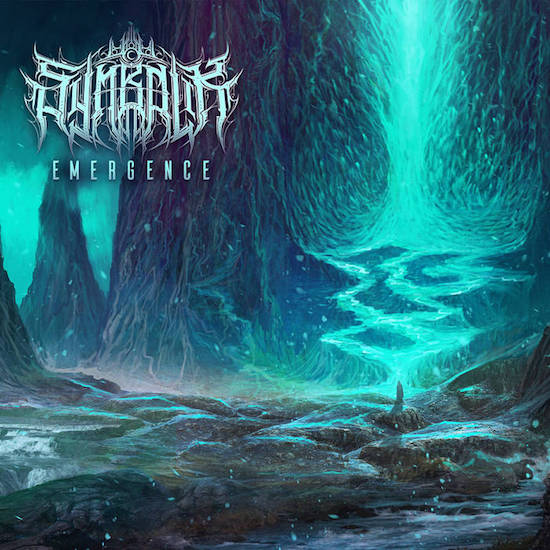 Buy on: Bandcamp
Type: Full-Length
Release Date: April 10th, 2020
Label: The Artisan Era
Genre: Death, Technical
1 Augury Of Ancients
2 Invoking Oblivion
3 A Tyranny In Decay
4 Corridors Of The Consumed
5 Dirge Of All Creation
6 Coalescing The Void
7 In Servitude Of Silence
8 Souls Of Deception
9 Perceptions Of Reality
10 When Eternity Collapsed
MetalBite on YouTube

Technical death metal is obviously my favorite genre of music, if you've read even one of my reviews. Melodic death metal on the other hand, not so much, as I have once referred to it in the past as "the lamest subdivision of death metal." I still stand by that. After an amazing introduction to the genre with At the Gates' debut "The Red in the Sky Is Ours," it quickly fell off as I realized just how boring and unimaginative their later records would be, as well as bands like In Flames, Children of Bodom and Dark Tranquility having only one good album each to offer. Alas, it is the subgenre of death metal I've listened to the least of, due to the fact that it's a miss more often than a hit. Now, mixing technicality with melodic death metal is definitely something I enjoy more, with names like Allegaeon, Quo Vadis, Cromm Cruac, Arsis, etc. leading the way. Symbolik is a newer band - well, this is their debut full length, though they've been active for over a decade now - and they're attempting this style with a massive neoclassical flair added to it. We've seen this before, but I enjoy this niched type of technical death metal, and have spent about a year listening to this record. Ultimately, I've decided it's a perfect balance between hits and misses, equating to an only slightly above average record.

It truly is a perfect balance - with 10 tracks presented, I've found that 5 of them are memorable, revisitable and genuinely enjoyable tracks, with the other 5 being, by all means, decent tracks, just not memorable in the slightest. The problem is that "Emergence" doesn't really explore too many different ideas and carries out the exact same formula for each track, which makes for a lot of parts in songs sounding very similar. I can't tell you how many times I would do a double take, especially on the last 4 tracks which are by far the most forgettable, and think to myself "hey, haven't I heard them do this earlier?" I actually enjoyed this album more the first few times I heard it, but with subsequent listens, I realized the last four tracks, along with "Corridors of the Consumed" just would not stick to my puny brain. A lot of the ideas executed on these tracks are just less interesting versions of what's heard on the other 5 songs.

Symbolik's sound, in case you're wondering, is a lot like Inferi, but definitely nowhere near as spastic and uncontrolled as Inferi's later records. These are guitar driven neoclassical songs, mainly carried by the gorgeous and well thought out solos. The bass does not play a prominent role at all, which is slightly disappointing, while the drumming is, of course, fast and complex, but also doesn't ever really shine. I will say, one of the more interesting things to this album's game is the vocal work. They are done by a singular vocalist according to Metal Archives, Chris Blackburn, but the vocals overlap constantly with his lows and highs, and they're usually very catchy. This creates an almost operatic feel to the music using growls, and I can't recall hearing it on another record. It's a pretty interesting idea, and while it does work a lot, it also becomes a liability when vocal patterns become the same on the aforementioned "boring" songs. However, I do appreciate them trying this idea a lot, because when it works, it works well. I don't often touch on lyrics, but the album seems to tell a story from beginning to end, and it fits the music well. I appreciate when bands take the time and effort to do this.

The sound of the album is perfectly fine, it's clean and everything is audible, but rarely do I complain about an album's sound, so take that for what you will. The musicianship is obviously beyond my comprehension, and I still have no idea where all these fantastic musicians are coming from and why they're wasting their talents to make music that a collective thirteen people listen to, but I appreciate that as well.

Overall, I wouldn't say it's a great album. Are there great songs? Absolutely! There are some gorgeous songs on this record, with breathtaking solos and manic vocals that spit out a well written story, backed by insane riffing and drumming. Fans of tech death and even melodic death metal bands like The Black Dahlia Murder will find things to enjoy about this album. By no means are the forgettable tracks bad, I just personally have a hard time remembering them, so I can't really sit here and lie that I enjoy them. That all being said, it's a good enough debut coming from a band with a lot of potential. If they can smooth some of the rough edges and incorporate some new ideas, they have the talent to wow me, and have proved they're capable of writing amazing songs. For now, though, the most I can muster up is a "pretty good, but not great."