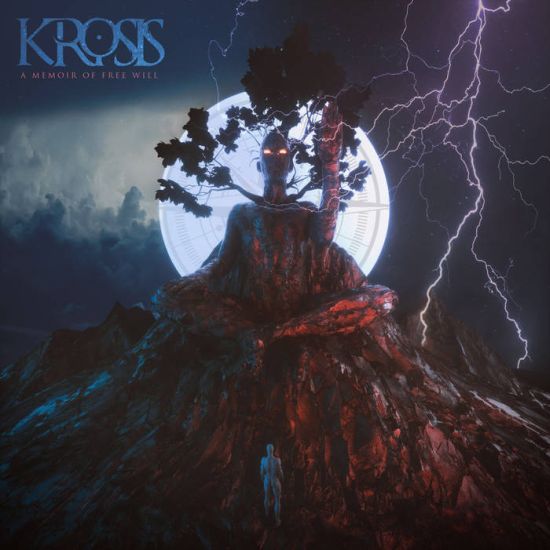 ::   ::
Type: Full-Length
Release Date: February 7th, 2020
Label: Unique Leader Records
Genre: Deathcore, Progressive
1 Gone, But Not Forgotten
2 Insanity - A Moniker Of Me
3 To Persist Or Adhere
4 An Elegy For A Man Alive
5 Psychoticlysm
6 An Intramural Madness
7 Questions Of A Holistic Divine
8 With Virtue, I Am Free
9 Battles Are Won Within
10 A Memoir Of Free Will
MetalBite on YouTube

Have I mentioned that this year started quite well for my ears? Of course. I have melodic death metal subgenre started with God Dethroned and their "Illuminati". Unique Leader decided to start it pretty well with their progressive deathcore gang Krosis. And that is a proper feast. Very meaty, very heavy, with contents reaching the lowest level of your guts, I'd even say it's so heavy that it's better digested sitting than standing, and even then I was afraid I would end up in my neighbor’s flat downstairs when it started playing it on my speakers.

The previous album Solem Vatem was heavy too, but not as much as this material. It does start with track that is a bit easier for your ears, "Gone, but Not Forgotten", which has slightly over 1 minute of intro. Generally, after this track everything gets heavier and it is definitely more difficult album than the previous one. There are very few catchy melodies, but as you can hear on 3 tracks released already ("To Persist or Adhere", "Psychoticlysm" and "Battles are Won Within"), it is a challenging piece of music, which takes quite a few listens to get all of the little details that make this album so impressive. And is it impressive? Sure, it is, especially in the "progressive" area; they're like deathcore version of Ihsahn. Their workshop is fantastic and the sound is very clear. Thanks to the excellent production you can hear all instruments without the need to put on your headphones or turn up the volume (which again would not be recommended as even concrete might not be able to handle these blasts).

Regarding the melodies themselves - you can still find some ambient sounds in the background, but don't count on hearing anything close to "Apathos Vacant" (yes, I've smuggled my favourite track from Solem Vatem here). During those 4 minutes per (almost) each track we have a show of fantastic skills. The vocalist definitely expanded his range of vocals, so we have growling and squeaks, but also quite high-pitched shrieks and some lines are being screamed and spoken as well. Some of the lines are also growled quite fast, reminding me of Oli from Canadian Archspire for example. I also have a feeling that guitars on this album don't sound that "synthetic" anymore, there are few moments when you can find some similarities with Solem Vatem, but the overall atmosphere is created mostly by disharmonies or proper progressive constructions. I think that I could even hear some echoes of Cynic in a couple of riffs, also clean guitars seem to have replaced most moments where on previous album you would probably find some ambient/keyboard sounds. Obviously the most "Cynic" moment is a short bass solo in "Questions of Holistic Divine", followed by probably the longest guitar solo on the album. Some similar influence can be heard in very short guitar solo in "Battles are Won Within". Dan, the drummer, definitely had quite a difficult task to play rhythms that could be easily compared to what Tomas does in Meshuggah and the execution here is really good, with very good bass drums. Also, another instrument that sounds more natural than on the previous album.

To sum it up, the album is not easy as on one hand you have definitely recognizable style from tracks like "Melting Point", but on the other hand don't expect some melodies that you can hum under the shower, maybe few melodies from first and last track (which are the longest by the way, first one is over 6 and the last over 10 minutes long), which are also my two favorites from this album. Nevertheless, the band has developed a lot in terms of their skills as well as creating uneasy atmosphere, even if it's at the cost of catchy melodies. I can't wait to get my hands on the lyrics as according to Dan the band "wanted a huge conceptual vision" which was supposed to show how they evolved not only musically, but personally as well. I wonder if Unique Leader can have any other tricks up their sleeve that would impress me that much this year.