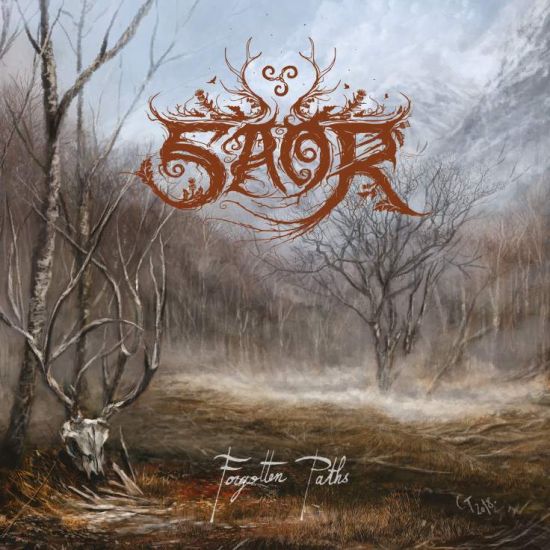 Folk metal is a quite recent development in the metal community as its seeds were planted in the early 1990s with Skyclad and Cruchan. However, it wasn’t until the mid-2000s that an explosion in the scene occurred, creating multiple sub-genres in its wake. While these sub-genres are often distinguished by lyrical themes (pirate metal, Viking metal, pagan metal, etc.), I think a larger sub category must be discussed when folk metal is involved. As such, let’s compare two main schools of thought, or approaches, used in folk metal.

The first approach uses the folk music as the foundation and metal as an add-on. The term aggressive traditional music is thus quite fitting as the song structure and the style lends itself well to acoustic covers. Bands such as Eluveitie, Finntroll, Equilibrium, Turisas, Ensiferum and Baldrs Draumar have all experimented with this concept to varying degrees of success. The exact style of folk music or subgenre of metal present within the music can of course vary wildly, but there still exist many commonalities within this approach to folk metal. These would generally include an upbeat atmosphere, a very melodic and rather simplistic approach to song structures, themes of fantasy and mythology and a desire for both world building and escapism.

The second school of thought can be considered as the opposite of aggressive traditional music. In this second approach, folk music is used not so much as a foundation but rather as an add on to an established metal style. This established metal style will very often be black metal as the style lends itself well to the dichotomy between beauty and struggle. In this approach, the songs will rather focus on atmosphere than on melody and build up rather than chorus. The leading themes are more so related to cultural heritage, nature and melancholy. Artists which follow this approach are Moonsorrow, Primordial, Havukruunu, Falls of Rauros, Agalloch, Gallowbraid and of course, Saor.

This stylistic approach to folk metal, where black metal is dominant and folk influences alternatively appear and disappear at key moments, helps in providing a sense of beauty and melancholy to the music. These themes aptly describe the music produced by Andy Marshall. Having a total of four albums under his solo project Saor, Andy is a veteran in this style and has been able to translate the beauty and unforgiven nature of Scotland’s landscape through the usage of black metal and Scottish instrumentation. Using lyrics written by Scottish poets and artists reinforces the theme of sovereignty and Scottish heritage.

Andy Marshall’s last album, Forgotten Paths, released in February of 2019, is the shortest to date, clocking in at 38 minutes and 35 seconds with only three major songs and one instrumental outro. When compared to the last album, Guardians, which was 56 minutes spread across five major songs, it does appear noticeably shorter. Indeed, for a style of music where build up, crescendos and atmosphere are essential, having a total of 34 minutes of music will inevitably make the album feel incomplete.

The first two songs of the album are two epics, the sort we came to expect from Saor. They showcase intermittently aggressivity, despair and struggle through black metal and beauty, melancholy and hope through folk music. The first song, 'Forgotten Path', may be the best song composed by Andy. The song starts quite aggressively with black metal riffs, blast beats and Andy’s growls. This aggressivity is then followed by an interlude where Neige from Alcest takes center stage with his emotionally filled screams. The song ends with a juxtaposition of Scottish melodies, blast beats and black metal rasps. There is perhaps no better way to display this duality between aggressivity and melancholy. 'Monadh' starts in the opposite direction of 'Forgotten Path' as it opts for a slower guitar melody that builds up over the course of three minutes. The atmosphere and themes are very similar to the first song and finishes once again beautifully with a mix of blast beat, guitar solos and folk instrumentation.

The third song, 'Bròn', is where the album takes an unexpected turn. In fact, the song starts off as a typical Saor song where black metal style riffing, aggressive drumming and growling are center stage. However, about halfway through the song, a chorus kicks in, which instantly reminds me of latter era Eluveitie with their very melodic approach to Celtic folk metal and could easily be classified as aggressive traditional music. As such, the addition of a chorus undermines the buildup and atmosphere which are both essential in Saor’s music. While the song could not be considered bad, it is still not on the same level than the two openers.

The album ends with the fourth song which is 4 minutes and 50 seconds of instrumental neo-folk. The song is neither here nor there as I’m left thirsting for another epic song. Saor has managed to create beautiful endings to their albums as showcased by the 17 minutes epic 'A Highland’s Lament', the mystical 'Pillars of the Earth' or the nostalgia driven ending to 'Tears for a Nation'. What we get as an ending to 'Forgotten Paths' is instead a quite forgettable harp melody.

The album sadly feels incomplete. The first two songs are quality black metal infused with Scottish music which is what we came to expect and love from Saor. The third song felt a bit out of place and the outro was quite forgettable. The oddity of 'Bròn' could have easily been swept under the rug if another major song would have followed it, but instead we were given a 5 minutes outro. Forgotten Paths came so very close to a top position in my best albums of 2019 list, but ultimately, it fell short.