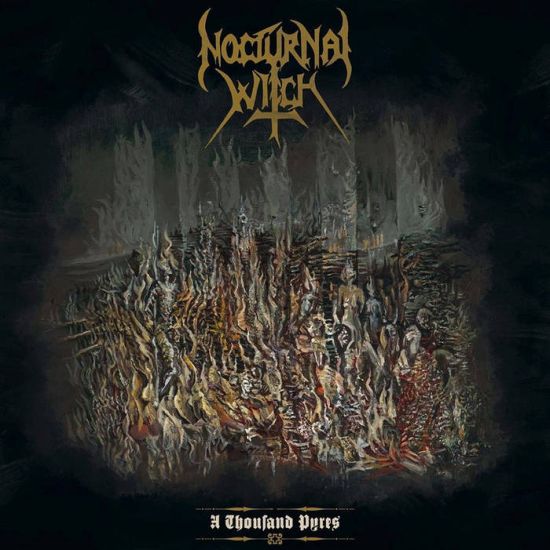 First things first: the melody of “Follow the Call…” sounds exactly like the typical “medieval lines” of Desaster. The guitar creates this melancholic and I-see-only-the-shapes-of-the-castle-in-the-fog feeling that Sonderkommando Kuschke brought into the scene. Moreover, as the track gets wild, it also lies in very close proximity to the brutal parts of the so-called medieval songs of Desaster. This is slightly dubious on the one hand; on the other hand it means that we are listening to a wonderful example of black thrash metal. By the way, the opening riff of the closer also reminds me of another track (“Under the Hammer of Gore”, Chainsaw, Greece), but that’s surely a coincidence. Better still, this tune with its hymnal yet inciting chorus also constitutes a fantastic point of orientation. These two tracks at the end of the running order make a good album even more enjoyable. Friends of the first Quintessenz full-length will love it, but they will not be the only ones.

Frankly speaking, I was not sure whether or not it would be necessary to lend an ear to A Thousand Pyres, because the debut of the duo was okay, but it was this kind of okay that means the-album-is-not-very-exciting-but-I-am-too-lazy-to-pick-out-another-CD-from-my-shelf. Summoning Hell did not suffer from severe mistakes and the same can be said about the new work. But, and here comes the difference, A Thousand Pyres marks the first step of the band out of the unmanageable crowd of solid yet interchangeable formations. The title track or “Scorn and Wrath” have stirring, powerful guitar lines that lend the material an individual face, at least to a certain extent. The same goes for the pounding chorus of “Dark Forces”. Cobwebbed sounds drone out of the mausoleum that once (probably 1990 / 1991) was built in the erroneous assumption that both thrash and black metal were not comatose but dead. Nocturnal Witch keep the fire burning and fortunately, the production underlines the musical approach fittingly in view of its comparatively warm touch. Warm yet mighty and strict, of course. It also goes without saying that the mix does not render homage to purity or transparency. Nocturnal Witch emanate this musty smell that other German bands, for instance Eurynomos or Megatherion, also like to spread (and I already mentioned that Desaster seem to be an inspiring unit for the protagonists of the here reviewed output).

38 minutes are an appropriate length for an album that wants nothing else to be but another chapter in the book of black thrash. No doubt, it is a well written chapter, every paragraph is interesting to read and holds relevant information. The authors are on a good way and I have the feeling that they are men of conviction. Expressed differently, I will keep my eyes open for their third full-length. This band does not lack honesty and due to its obviously increasing song-writing abilities – the album is free from flops - their next work can become a real jewel of the bastard genre. Until then, it feels good to get the daily shit out of the head by listening to A Thousand Pyres.