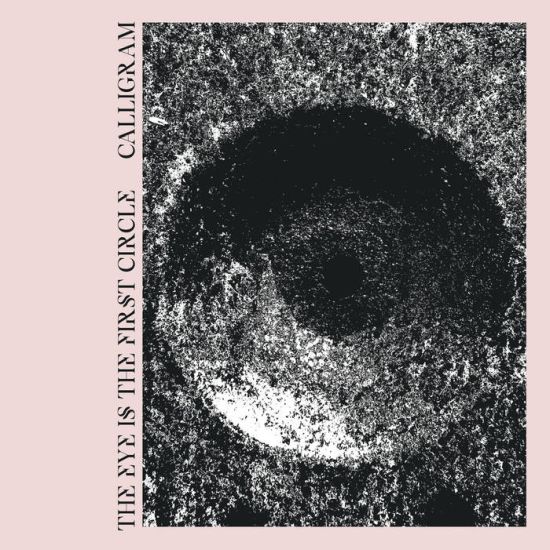 I've heard many things done with black metal, from crust, death, thrash and grind combined with the format but something truly special happens when hardcore rubs elbows with the notoriously pessimistic. Muscles grow with bulging size, testosterone levels peak and the scrotum swells. Add Calligram to your thank you list if you've as of late noticed any significant boost in confidence and testicular swelling (though the latter could also be a result of something not so fashionable and not welcoming-ly received/eye appeasing) after hearing the music on their debut full length, The Eye is the First Circle, shortly following two EPs put out respectively in 2016 and 2018. Ged ready to mosh, bruise and get bruised when bumping fists and rubbing elbows with Calligram; pessimistic yet very intrusive and downright deliberate material on The Eye is the First Circle.

It gets sweaty damn fast starting out with 'Carne'; abrasive (vocally) all the while d-beat heavy and punchy, Calligram delivers on both sonic aspects of black metal and hardcore early. Tremolo riffs fill the space to crank up the atmosphere while you'd note some breakdowns occurring every now and again. The transition between black and hardcore aspects and sections appears in a sense to be a progressive migration if anything. 'Carne' again being such an exceptional and exemplary start to an album, puts on a showcase of the fundamentals home to each genre, thus keeping at base and in check the core of the music on The Eye is the First Circle. Already established through 'Carne' is the essence of the album's sound; however, that does not mean it is entirely tied or restricted to the two discussed genres. 'Serpe' takes things a bit further by incorporating a thrashing avalanche of black metal that'd slowly dissolve to an atmospheric combination of chord progression and tremolo picking.

With only two tracks in, a full plate of assets is served for the listener/s inspection and consumption making the album quite a mouth-full and satisfactory offering. At this point judging by the secure foundation set, all entries down the order fall securely in their slots as if mathematically predicted. However; I would note that for the average listener, the vocals would take some time adjusting-to; however, the drumming and riffing make this process of acquaintance a refreshing and enjoyable one as they paint with clarity and professional precision, auras interwoven and awoken to the profound character of the Italian sung lyrics that you probably could not identify at first encounter, provided you are new to this type of music.

Handled courteously, the instrumental temper is neither one-sided nor monotone given tracks such as 'La Cura', 'Un Dramma Vuoto V Insanabile' and 'Anedonia' in particular exhibit equanimity, contrast to the distressing overtone seated atop majority of The Eye is the First Circle. As a direct opposite to the ruckus astir, this sedated mood not only to an extent brings the album to a tranquil place but acts as a foundation/runway for the music to germinate and channelize to that state of crescendoing clangor and distress. This movement makes an already short (35 minute) album arrive at an end even faster than anticipated, thus telling highly of The Eye is the First Circle's motion and eventually its replayability. One can say not a single bad thing nor express displeasure about The Eye is the First Circle; a pleasurably-paralyzing-lick from the tongue of cynicism.