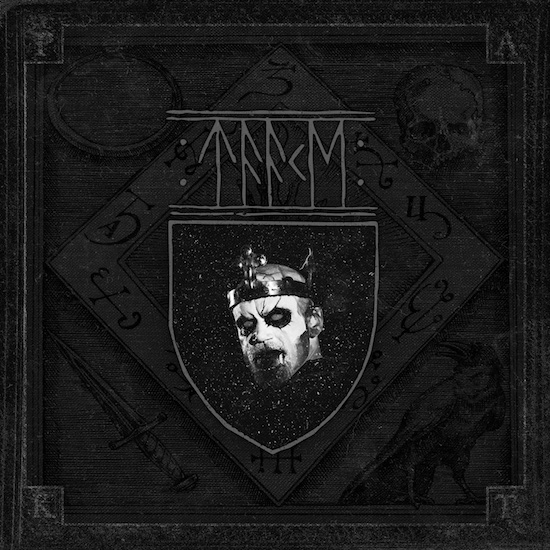 One of the most well-known (and also controversial, what a twist!) names in Norwegian black metal is that of Taake, masterminded by Hoest, the band has consistently released a slew of LP’s alongside various mini albums and more, needless to say, the man’s work speak for itself, however in MMXX A.D. Hoest has decided to team up with Whoredom Rife; the fairly recent band comprised by vocalist Kjell Rambeck and multi-instrumentalist V. Einride, the latter being better known as the live drummer for Gorgoroth, to release a split EP, titled "Pakt" via Terratur Possessions.

Now, the biggest issue with split releases is how it can be a little disjointed, since its two different bands putting their songs together; in black metal this is a very widespread practice, since its important for various bands to support each other for clout, however the downside can oftentimes be that you get two bands that are nearly identical in their music, lyrics and overall image, even worse when its multiple band splits. Fortunately, and for the better, both Taake and Whoredom Rife have here is small treat but a treat nonetheless.

Both bands have a very distinct and unique sound to themselves. I’ll start with Taake since they are the "big and famous band", on Taake's side of the split, there's one new song that in my honest opinion, displays the continued evolution and refinement of Hoest’s brand of black metal, the minimalistic approach which focuses on post punk, folk and hard rock inspired guitar work that displays layered melodies and catchy riffs and hooks, with a very dynamic but straightforward rhythm section in the drums and bass. The most noteworthy aspect of Taake's sound however is Hoest’s vocals, which now display his age, his signature screeching vocals are as harsh and punishing as they’ve ever been but sound much more weathered and controlled, as a whole it’s a refined and organic evolution from 2017's "Kong Vinter", surprisingly however, Hoest was also able to bring all of that in order to do a surprisingly good cover of The Sisters of Mercy song 'Heartland', all the elements of Taake’s sound that I already mentioned work perfectly in this cover. Some people don’t really appreciate how much mid and late 80’s Goth rock and Post-Punk inspired and have crossover potential with black metal, and Hoest fully flexes that with this cover.

On the other end of the spectrum we also have Whoredom Rife, similar to Taake, WR's sound is emblematic of traditional "TRVE KVLT" Norwegian black metal, however, this duo use black metal as a foundation for something much more interesting, whereas Taake is known for a minimalistic and straightforward approach, Whoredom Rife are the complete opposite, their chosen style is much more opulent and dense, there's a sense of epic grandiosity, but surprisingly and also similar to Taake, WR keep it within the realm and spirit of black metal, in many ways this band is the culmination of both V. Einride and K.R.'s entire experience within the Norwegian black metal scene, the band may be new but both members are seasoned veterans, and it shows. V. Einride's compositions and performance in all instruments is to be admired, while K.R.’s vocals are howling and forceful, they both contribute in giving their music a grand sense of scale that’s reminiscent of the mountains and valleys of Norway at night. It’s such a grand experience that you wouldn't believe that Whoredom Rife's music is done by only two people.

Overall, both bands manage to show off their individual strengths while also creating a very special experience, it’s a "two-sides-of-the-same-coin" situation; with Taake you get a gritty and very egocentric style of black metal, a singular vision and execution that sounds vintage, and with Whoredom Rife you get a much more complex and epic but no less authentic vision, the work of two masters at their craft.

The only noticeable flaw is the fact that it’s a split EP, just 4 songs which will leave you wanting more from both bands, but, and according to both bands, this is simply a teaser, a treat to satiate the appetite of their fans while both of them work in their next big full length albums, and I for one am very excited with whatever both bands do next.