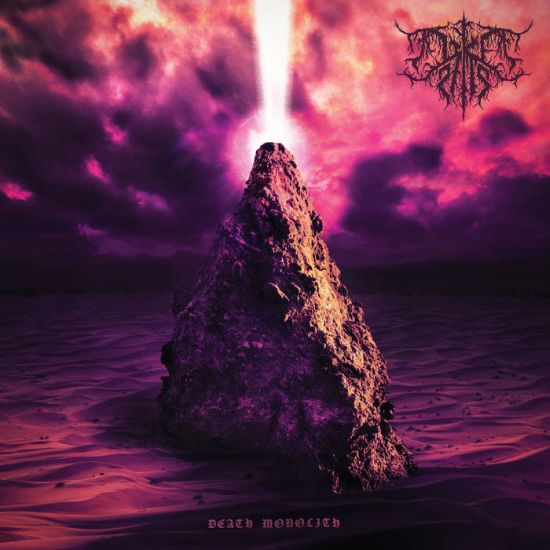 Ever since Xibalba captivated me in a particularly pissed-off mood, I’m always on the lookout for new music that captures the same spirit of that uniquely beefy deathened hardcore. A lot of focus on the mid-paced groove, some big, straightforward beats and a nasty, thick guitar tone captures a certain headbangable rage – put simply, it’s music to lift weights to. Death metal can be too serious, hardcore can be baseless and meat-headed, and when you get right down to it, this is what “deathcore” should have always sounded like to begin with – the best of both worlds.

Like Rats are firmly entrenched in the ethos of this sub-style, with perhaps a bit more emphasis on the death metal side of things just due to the occasional frantic riffs used as tension-builders. The songwriting is a tad more jarring as a result – Xibalba have a lot of moments where they ride a slow groove for a while, but Death Monolith sporadically throws in sudden shifts that would almost make it sound like a deathgrind album if the tempo wasn’t so steady. Even the faster, blastbeat-heavy moments don’t feel particularly fast - it doesn’t sound like the drummer uses flying fingers/gravity blast techniques much, so you never really get that machine gun feel, not that it’s necessary for this type of music to be effective. The real meat is when the big pit grooves kick in anyhow, and oh my, the head-bobbing, stank-face moments on Death Monolith are plenty.

This 2020 release is my first exposure to this Illinois-based quintet, but they’ve been kicking about for almost ten years now and have a couple of other albums under their belt. Cursory research shows their guitarist was also in Weekend Nachos, but other than that, there are no associations with known bands. It’s important to note, though, that Chicago seems to be particularly adept at creating a unique style of deathpunk. It’s got the heaviness of death metal, the accessibility and rockin’ feel of punk, with a certain Windy City-styled bleak grit. Everything from Cardiac Arrest to Bones to No Zodiac to even Cianide could be lumped into this category. The areas just got a good ear for punchy death metal, and Like Rats seem to be cut out of that fabric more than anything else. Don’t just write this off as a second-rate Xibalba clone until you get to at least the second track, 'Ashen Rain', which masterfully builds tension for about three minutes with abrasive, violent riffing, and the payoff riff they hit after hinting at it a couple times is an absolute banger. That’s when things really start going, peaking with a riff in the title track that is so fucking stupid it actually lowered the GPA in the tri-state area when the band first conceived it. It sounds like the original riff from which all other riffs spawned. Bolt Thrower must have let them look at the legendary sheet music for 10 minutes or something - Death Monolith, indeed.

The sudden riff changes that seem to define the songwriting style of Like Rats take some getting used to, but they pull it off successfully, and it’s largely due to the drums and the vocals both giving this a very distinct personality. Drew Brown isn’t the fastest drummer you’ve ever heard, as I mentioned earlier, but his stutter-step fills and smooth China cymbal grooves (or maybe it’s a crash, I’m not a drummer) are both simplistic enough to be easily engaging, while still having the necessary dexterity and variety drumming needs to stimulate the longhairs. Dan Polak, who lends his vocal talents solely to Like Rats (and apparently was previously the drummer?), has a rough, tonal yell, mostly if not entirely low-end, with enunciation that brings to mind a meatier version of Piotr from Vader while still being distinct enough to have their own identity.

It’s no surprise to see that Southern Lord scooped these guys up, because they’ve got that exact same kind of sludgy, hardcore-infused inflection that the label seems naturally drawn to. Perhaps that’s a sign that Like Rats are beginning to rise beyond the reaches of their local scene and into something bigger. I wasn’t familiar with the band before Death Monolith but after a couple weeks of letting this simmer, they’ve got at least one new fan. The combination of grooves with an IQ of 12 mixed with sudden, sinister twists of death metal riffing is incredibly addictive, especially if you’re the kind of dude that’s always pissed off at something. Very enthusiastically recommended.