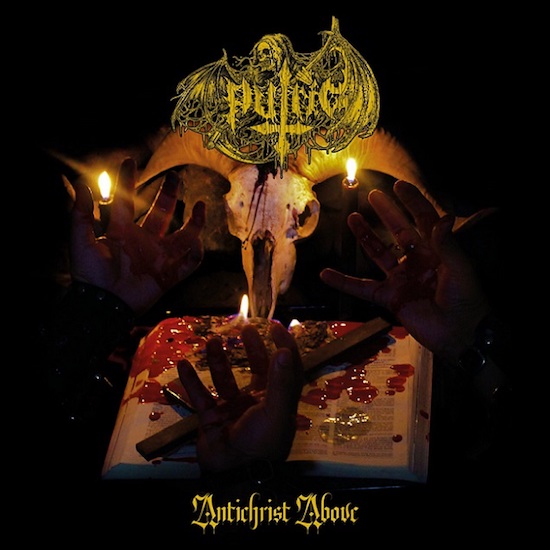 Many moons ago an emerging movement was taking the world by storm, a movement that formed deep in the bowels of earth; mostly fed by unequal societies and tropical climate. Countries like Brazil, Chile and Colombia aborted proto underground metal acts like Sarcofago, Sepultura ("Morbid Visions" era) Atomic Aggressor, Masacre and Parabellum, bands that were difficult to label in those days due to their sheer aggression and relentless violence. Genres were blurry and the amalgamation of influences created a monster shaped mass of blood and guts that inspired first world acts like Mayhem (it’s a fact that Euronymous was actively engaged in exchanging demos with some of the bands mentioned above).

Nowadays, you just have to click, and the world is at your hands. Bands from all over the globe are displayed, many sub-genres have appeared for better or worse and the old days can be revived, homage and honor. Ladies and gentlemen, boys and girls and metal heads of all ages; I introduce you to Putrid. This is a Peruvian band that demonstrates how to incorporate a bunch of subgenres in a blasphemous blender and spit hate all around. In other words, here we have the ultimate blackened trash/death metal from South America. The band pays tribute to all the forefathers and proto creators of this subterranean scene in their last full length called Antichrist Above.

The concept on this record is pretty simple, narrow and sometimes predictable: hate upon religion and all it represents. Lyrics are just a compilation of insults, mockery and blasphemies towards holy concepts; something very common in this type of approach. For instance, 'The Corpse Of the Messiah', 'Morbid Prayers Of Death' and 'Three Nails Of Hate' are just illustrations of my argument here. I do not want to imply a negative connotation, I just want to point that this concept is a little burnt out by now. However, it matches perfect with the band’s aesthetics and concept.

Sonically talking, this record is a chaotic mismatch of hellish riffs, blast and screams (I mean it in a good way). Chaotic invocations and anathemas are vomited by the singer Evil Avatar. Did I say singer? Well, I think, beast or daemon would be a better adjective. Rage is unleashed in every single track of Antichrist Above, there are no melodic or acoustic passages, just a storm of fire and hate that flashes back the times when Sarcofago were kings of the South American hell. Generally speaking, the band has a monotonous formula of hammering the listener with relentless blast in the kit, chainsaw like guitars and infernal vocals. There is no much to say about the bass player here, I know he is there because the band lists him in the lineup, but his contribution just fades away in the wall of abominable sound.