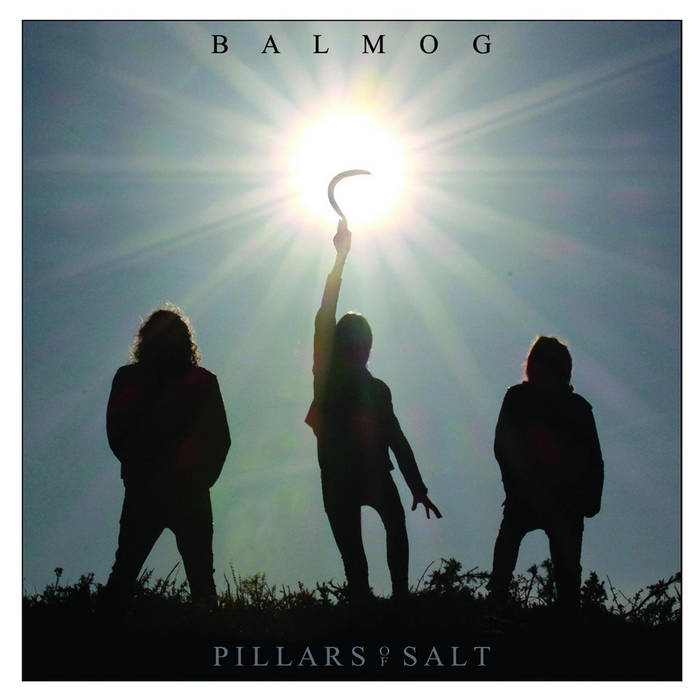 A melodic fragment with an oriental touch opens the one-track-release of Balmog. (I like this one-song-releases, because they make it impossible to fall into the track-by-track trap...) The first tones create a mysterious aura and mark a promising start. Balmog makes their ambitions public – such an excessive configuration indicates that they wanted to write their once-in-a-lifetime monument. Unfortunately, Pest’s “Daudafᴂrd” has set the incredibly high benchmark – not to forget Venom’s progressive masterpiece “At War with Satan”. Pillars of Salt does not reach the same level of excitement, density and insistence. Nevertheless, it’s a great track. Maybe there is a little bit too much mid-harsh Watain in it, but Balmog have found a strong mix between stormy outbursts and a surprisingly high number of atmospheric parts. Don’t fear to be confronted with an ambient release, the experienced Spanish three-piece did not forget to integrate the metallic fundament. It’s just a song that tries to cover as many aspects and moods of black metal as possible.

Another ingredient the band took care of is dynamic. Pillars of Salt avoids boredom successfully by varying the tempo, the intensity and the degree of harshness. The vocals, for example, offer demonic sounds, lamenting sequences, liberated clean singing and ominous speeches. With a modicum more brilliance concerning the song-writing, this stand-alone-piece would be a true majestic masterpiece. Its configuration of more than 18 minutes is a bit too excessive from my point of view, but at the end of the day, I don’t want to cry about such details. Balmog shows their authenticity, Pillars of Salt conveys the spirit of black metal and if you don’t like this track and the great artwork you probably don’t like black metal in all its facets as well.