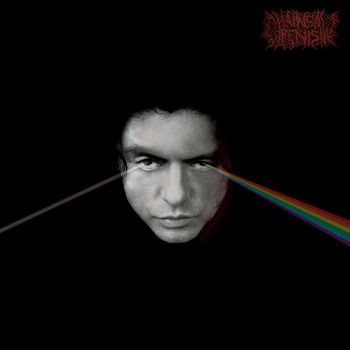 Here again we have people overly criticizing an underground grindcore band. Do y'all not understand this is how grindcore is supposed to be? This is purposely supposed to sound stupid, humorous, idiotic, crazy, talentless, and etc. Giving this a 0% is just retarded. The way the people on here were describing this album, I was expecting this to be much much worse. This isn't even as shitty as people were saying it was. Everybody is overreacting.

Yeah, this is meant to suck and Chainsaw Penis themselves say that they're the "worst band on Earth", but the truth is that this is a pretty decent record. I personally don't think this is "bad enough" to have it purposely considered as "terrible" and all that. This entire review is just gonna be a confusing oxymoron but I’m gonna make this work, lol. This is a good album, guaranteed. Not AMAZING but definitely not terrible at all. It starts out with an ocarina intro which sounds insanely stupid (which is intended lol) but the first musical tracks starts off with a few drumbeats. I was actually pretty shocked, I was expecting the drums to sound worse, like a total shit show, but it’s pretty much the opposite. The drums are actually pretty great sounding, these drums make sense in grind core, since the genre is lengthy and repetitive. The guitars come in and they go along with the drums pretty greatly, I don't really see the issue here. The vocals appear after a small bit, and they don't sound bad at all. The way that all the instruments sound is good and go great together. The songs are very short, pretty stupid, and all the instruments sound good. This is what grindcore is supposed to be, so I’m confused as to why it’s getting literal 0%'s on here.

Also, this sounds pretty influenced by other bands too. A fusion album if you ask me. I'm very positive this isn't meant to sound like any other artist/band, but to me this seriously sounds like Anal Cunt if they were played in the style of the punk band descendants with Immolation and Napalm Death vocals mixed together. This album in a nutshell is basically just crust/hardcore punk mixed with grindcore, with death metal vocals. This honestly doesn't sound bad at all. Pretty interesting mixture, intended or not. As I've said before, 0%? Really? Come on, how can this album be THAT bad? This is some pretty solid stuff. The drums have a tight sound that doesn't even sound bad at all, the guitars are great, they back up the sound of the drums greatly, and the vocals are pretty self-defiant. Death metal/grindcore type thing with slight sleaze. If this isn't some (decent) prime grindcore, then what is? Think about it, you're giving negative feedback to something that's exactly how it’s meant to be. How does that make any sense?

Short song tracks with dumbass retarded titles and lyrics, and the music sounds dumb; but isnt even terrible? Why all the hate? AGAIN, this is what grindcore is. This album and band is a contradiction in of itself, so this review was kinda hard to write. This'll for sure leave you with some mixed opinions and thoughts. Fuck just listen to this thing for your goddamn self and you'll see what I mean. I just couldn't bear to leave this album at a 0%, because it’s absolutely not a zero and people are just being ridiculous.

So again, what’s even the issue here? Are y'all really complaining that grindcore sounds and is just like grindcore? Pretty stupid lol, there's beyond so many albums out there that are way worse than this one, give Chainsaw Penis a break, no matter how retarded and pointless they may seem.

My main point is that this album is not a zero. When I say this album is absolutely worthless and not amazing in the slightest, I mean it, but at the end of the day, this record does not deserve a god damn zero. I wouldn't recommend this album to anyone, it’s not really important at all and there's pretty much no reason for it to exist; it’s pointless. But if you're into the underground side of grindcore that's relentless and unpredictable, I say you should give this a try.