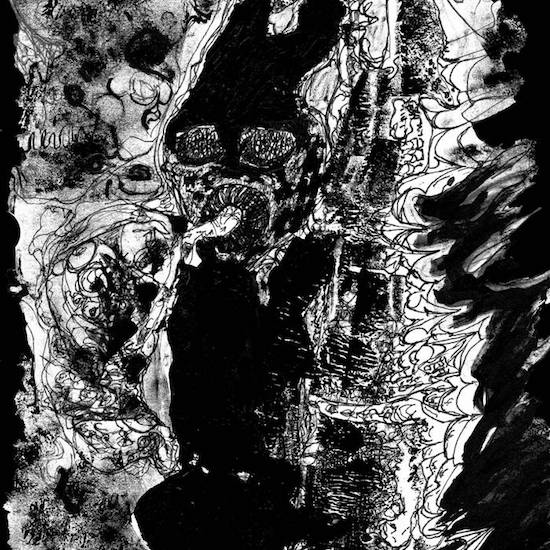 If you can deliver on a debut that falls in line with the cavernous side of black/death metal and also hint at Antediluvian, then you've got my attention. Middle eastern sect Har has written a promise of damnation on their demo Anti Shechinah recorded live I believe? Impressive occult black/death metal from the 'holy' land of Israel, I know they have quite a few bands there, but I was not expecting an extreme metal piece this sort to come from the region. Har has 2 EPs before Anti Shechinah (demo) which I haven't heard yet, but if my suspicions are correct about them being more of the mastery I heard on Anti Shechinah, then I'll have to pay them a visit.

I mentioned Antediluvian earlier, I think it's the artwork that has me drawing the similarity to that of their split EP with Adversarial; though musically I could detect some sort of affair going on with "Through the Cervix of Hawaah" particularly on 'Bor'. Compacting the space of 4 minutes with rapid fireworks of semi-technicality and groove amidst some tearing guitar licks and tricky cymbal+tom drumming, you have to wonder why the band has not by now been uttered a bit loudly in the under-belly of metal. I'd agree that indeed its quite a competitive arena, but Har has clearly shown (at least with this demo) that they have the tools and the proficiency to engage in battle at any level of the sub-genre.

On the production side of things, I can't complain, and why would I, this is the type of sonic texture that works best in this metal terrain. Abrasive, ugly and chaotic despite being able to identify the cymbal and snare work below the raving guitars and howling. As far as atmosphere is concerned, there is not a lot of that, which is a bit of a letdown as I believe this could have benefited from some type of ambiance. Still Anti Shechinah is a classy 3-legged sprint through a diabolical obstacle course; that once witnessed will have listeners craving more.