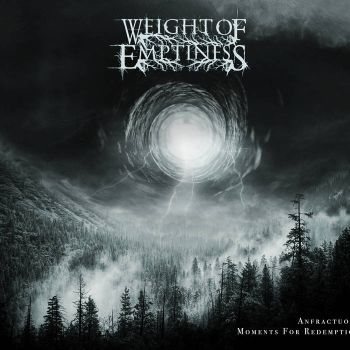 South America has been the cradle for many outstanding metal bands that unfortunately have not received the recognition they deserve. I think this is due to different factors like a Eurocentric believe that metal was created in the old continent; thus, only bands originated there can be praised and recognized as true, cult and legendary. The other factor can be attributed to a lack of support in the local scenes from South America, involving fans, producers and the music industry itself. A clear example of this contempt is bringing bands from abroad (specially bands in an advanced state of decomposition, bands that wasted their money on drugs and alcohol and make a comeback only to fill their pockets once again) and having amazing local bands with a long trajectory or international projection only as secondary acts or support acts.

That's why I want to claim justice to the South American metal scene reviewing a band that deserves to be appreciated for their approach on a genre that is overpopulated by posers that think playing with an 8-string guitar or 6-string bass is being talented (see Archspire). I don’t like robots farting in my death metal if you know what I mean.

In the midst of despair comes moments for the redemption of the inner void of the mind and existence’s futile attempt to justify itself just fall in the weight of emptiness. That was my (failed) attempt to summarize the ideology of this band in just two lines. But I just fell short in my thesaurus, in this amazing release we can find complex ideas about human emotions, struggles and the despair of existence. Anfractuous Moments For Redemption was the first album released in 2017 by the Chilean death/doom band Weight of Emptiness.

I think the sound of Weight of Emptiness is a very fresh one, using the talent of its musicians to deliver a very emotional and introspective opus of mainly death metal but, mixed with elements of doom, melody and some progressions mainly in the guitar passages. Anfractuous Moments For Redemption is full of outstanding songs, there are no fillers here, there is no need to when the music is delivered with such authenticity. You can feel it in your guts. No need to show off over intricated musical patterns or over produced music values that at the end are just gimmicks to sell records.

The album consists in an intro, outro and 7 songs that demonstrate a perfect blend between memorable hooks in guitars and progressions between death and doom metal. 'Behind the Masks' is a very good choice to start the record after the intro due to its solid structure and production. The singer's deep and cavernous voice leads the musical attack in a mid-tempo structure. Although, in some tracks like 'Cancer', the band decides to show their teeth and nail and go for a more aggressive approach in the song writing. 'Holy Death' is a tune where you can feel some moody guitar melodies that evoke moments for reflection and really blend death and doom in one genre. I have to say that the band does not play safe in their songwriting approach as well as in their musical execution, I mean, they do not marry with a sole structure and repeat it over and over again. The record is very organic, and, in each track, you can experiment a very different emotion. The last two songs 'The Weight of Emptiness' and 'Inner Chaos' are perhaps the most ambitious and epic ones. The singer experiments with a clear but still deep voice and with some shrieks to enrich the music's structures and overall experience.

I don’t think my words do justice to the greatness of this album, so, I highly recommend listening to it and coming up with your own conclusions. In general, Weight of Emptiness echoes sounds of pioneering bands in this genre like My Dying Bride, Anathema and even Katatonia. However, do not get me wrong, Weight of Emptiness is not trying to do a retro album or copy structures, they just nod to those band here and there. Final words, go and do your ears a favor and listen to Anfractuous Moments For Redemption by Weight of Emptiness.