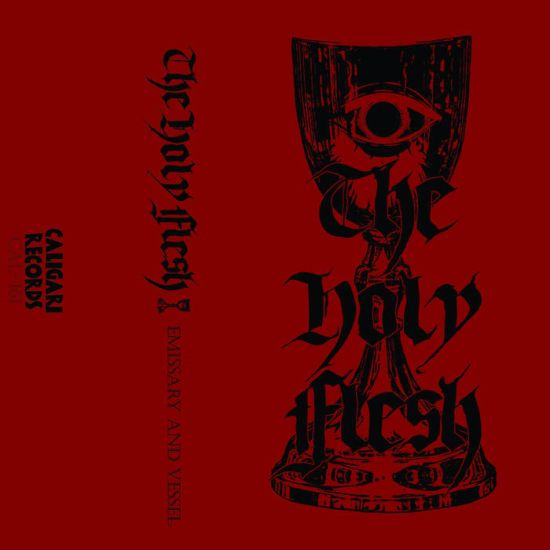 You know who I really miss? The Devil’s Blood. There are a couple other bands out there like Year of the Goat who continue to put out entrancing occult rock, but once the “Satanism made friendly and inviting” motif was co-opted by Ghost and their full-on embrace of ABBA, the entire realm was colored with that brush. Though we won’t be getting anything new from TDB anytime soon, I always hoped more bands would take to the style. Their verses and hooks had mystique without relying on heaviness, felt familiar without being unoriginal, and captured a unique cross-section of metal and rock that not many had tapped into. Too often, occult mysticism is portrayed with far too much chaos, intensity and exclusivity, leaving a cryptic mess for the average listener to decipher. If you really want to show people the benefits of choosing your own path, don’t make that path difficult to navigate, right?

To my absolute delight, The Holy Flesh seems to understand this concept, although they are a hair more rooted in extreme metal than the bands I was describing in the previous paragraph. Though they lack the immediate draw and hook that a delicate clean singer and full band possesses, the way the wispy, deceptively pleasant melodies weave their way in and out of your mind on Emissary and Vessel is remarkable and it’s the first time in years I’ve felt the same sort of sensation I did when occult rock first got its hooks into me.

Even if you’re treading in familiar territory with this album, it needs to be approached from a different mindset. This (very intentionally) lacks the aggression and power that you typically hear in a metal album. The vocals are a gritless, breathy whisper and the drums are very obvious with their emphasis and straightforward in execution, at times sounding like the skeleton of a rhythm more than a full beat. Don’t expect anything overwhelming or energetic. It sounds more like an overly long intro track at first...but by the end, you’re longing to hear where things go next. The guitarwork is the star of the show here, holding everything together with sinister, snaking melodies that hang on the edge of consonance and gradually adding very slight extra layers to keep you listening. The whole album is a process of baiting you in that feels...welcoming, creepy as it is. It’s the devil on your shoulder that whispers in your ear about how pretty everything would look if you set it all on fire.

Emissary and Vessel is a minimal piece with a “less is more” philosophy, but don’t let that fool you into thinking this is shallow or poorly thought-out. Like the best artists who opt for this approach, the one behind The Holy Flesh gets a lot of mileage out of a very limited palette of ideas. Hints of dissonance and odd chord shapes bring up images of Deathspell Omega cloaked in a foundation of goth and post-punk, and the precise mix is worth a full listen on novelty factor alone. It is as desolate as it is alluring, leaving the listener longing for more as the eighth track fades out. That is partially a product of the music’s simplicity and the way it constantly teases you and hints at something more expansive, but I’m having a hard time figuring out if that was intentional. Is this just a 42-minute intro track that I’m making out to be more than it is?

I sometimes get caught up in that thought, but then a cool little atmospheric lick dissipates it - as empty as Emissary and Vessel can feel, almost to the point of being musically barren, it never ceases to be thought-provoking. Multiple listens make it evident there is a very sharp attention to detail, particularly in the how the melodies develop. Eager to hear more from this project.