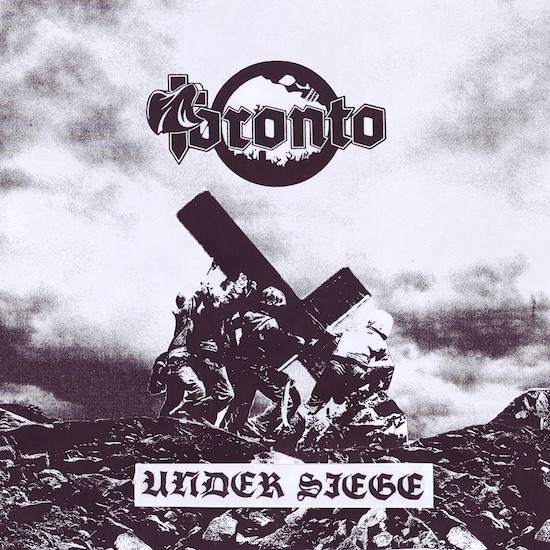 Making a 'Fast And Filthy' entry with their debut EP Under Siege, Swedish speed metal band Tøronto fire on all cylinders with alcohol and riffs at the steering-wheel. Playing like they're just passing through town on their way to the big-leagues, the band gives us 8 racing tracks of tire-burning speed and vivacity.

A complete consumption of nitro and gasoline, 'Fast And Filthy' bursts from the starting line with a punkish spring before shifting gears into a blazing worship of Motorhead. However, Tøronto also flaunt their own colors in the guitar department that act as the main voice of the tunes given the catchy and memorable riffing. 'Fast And Filthy' plays like a declaration of war on the metal underground with thunderous riffs shaping the outlook of the album following the traditional heavy metal bridge. From there the speed relaxes a bit, taking sort of back seat on 'Fire in Sight' but does not let up on the top-tier guitar soloing.

Apart from the raspy and roughneck vocals, the guitars occupy the spotlight as well with a damn near perfect showing taking place on every track of Under Siege. Both lead work and the soloing is worth mention, perhaps the most enjoyable aspect of the album and most critical simultaneously. If your riffs fail then your album will too eventually; but Tøronto ensure that in addition the the adrenaline pumping drums, the licks scorch.

'Frontline Bitch' and 'Lights Out at Bedlam' demonstrate the ease in which Tøronto can extract the cores of speed and traditional heavy metal and put them back together in a unified way. This band knows what they're doing and it's conveyed throughout the album. Out on LP and digitally 22nd May 2020 through Dying Victims Productions; play Under Siege in your car when on the highway and I can almost guarantee you'll get a speeding ticket.