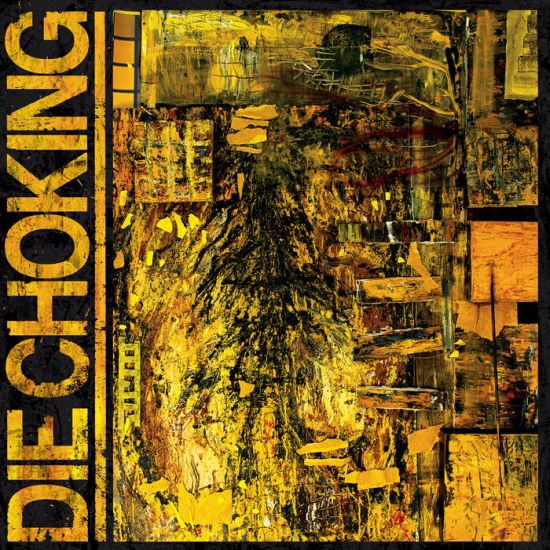 Living up to their name, the primary adjective I would use to describe Die Choking would be “suffocating”. The notes seem to die as they exit the amp all choppy and tightly packed, screams are rarely elongated in favor of quick, sputtery yells, and the only non-aggressive melody is in the random electronic music break in the middle. There’s a lot of mathy clangs, some death metal riffs, and occasional hints at something a bit more technical, especially in how blisteringly fast the songs are most of the time (this would definitely be a stamina exercise for the drummer in a full live set). It’s definitely straight grind, but it’s the kind of grind that requires a great deal of precision to pull off in order to properly capture the mania. Fittingly enough, I found out about this because it made Decibel’s year-end list, which makes sense, because it’s exactly the kind of Pig Destroyer-esque deathgrind that Relapse Records loves. Perhaps being in close proximity to both allowed Die Choking a bit of a leg up?

At least the extra attention doesn’t feel too unwarranted. IV is not only well done from a technical standpoint, it does little things that help it stand out. I…can actually notice the bass, which is at least starting to be neglected a little less in extreme metal production nowadays, but it’s still pretty forgotten about in grind, so that was a pleasant surprise. The song 'Wires' has a really funky bass line, which is the only time I’ll ever say that about a grind song. The vocalist adds some urgency and chaos, and his speed is impressive. He’s not at Archspire levels, but he’s at least Corpsegrinder speed, and he does it with a mid-high too, which is different. Adding an extra level of impressiveness, the vocalist and the bassist are the same person! Those are super detailed vocal lines to be doing while playing an instrument, and there’s good variety in the tones he uses.

The attention to detail in the songs is evident, and the runtime of the album is appropriate; it gives you very little time to breathe, so anything more than 20 minutes would be overkill. 'Chronic Hyperventilation' is the curveball, being relatively laid-back in addition to having the aforementioned techno break, but most of the other songs whip through a bunch of energetic but breathless riffs with lots of Scott-esque sharp, low atonality in the guitars. I wasn’t familiar with the band for a while, but it looks like they’ve been building up to this for a while, and on IV it sounds like they really tried to leave everything on the table. It worked, because this type of spastic, un-catchy grind usually isn’t my thing, but Die Choking do everything they can to make a great album out of deathgrind’s components. This isn’t quite at the level where it’s a required listen for non-grindheads, but it’s about as quality of an example of the style as I can think of off the top of my head.