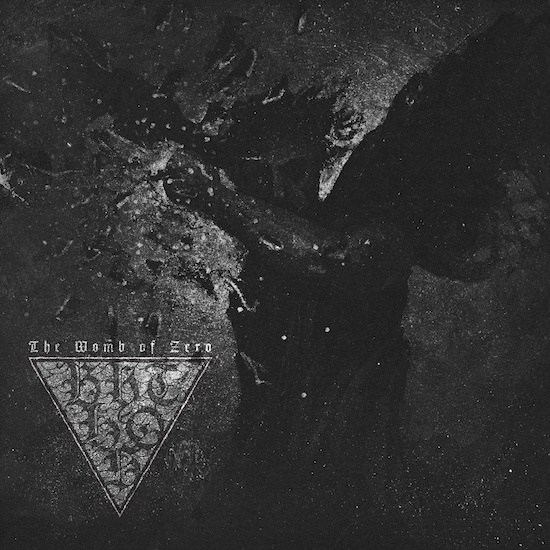 One of the hardest working and most prolific black metal scenes in the world has been Finland, which is also the country with the largest number of rock and metal bands in the world. Many of these bands have been widely revered and celebrated for a variety of reasons, and in 2020 we see the rise of a band that's comprised of veterans of the scene. From the members of two of the most well-known bands named Behexen and Horna comes a new project called Bythos. They bring their debut album The Womb of Zero through Terratur Possessions.

This project was apparently created in 2015 and they had an unreleased demo. Fast forward 5 years to the future and the band has finally decided to make themselves known, and with this recent album the pedigree and experience these 3 veterans of the Finnish black metal scene have is displayed in all its unholy glory.

Those familiar with Horna and Behexen know those bands have very little in common outside of being Finnish black metal bands and sharing members at various times. They both have a distinct sound and feel in their music and they’re ever different in how they display their Satanic ideology and imagery, so at first glance this project would seem like a clash of styles and ideas. Fortunately, that isn't the case, as Bythos proves to be its own beast with its own sound and style that makes it stand out from the two bands its members came from (as well as the rest of the Finnish black metal bands).

The first thing to note is how darkly melodic Bythos' chosen style of black metal is. It's completely different from the raw sorrow of Horna and the ritualistic rage of Behexen and all this is displayed from the strings of the bass and guitar (courtesy of Infection) putting raw aggression of black metal as a foundation in order to build this very melodic and technically proficient sound. There are various tinges of neoclassical riffing, and what makes this melodic style very distinct is how Infection takes cues from 1970's hard rock and classic heavy metal. The bass work follows the same logic. Its present and serves as the spine for the guitar work making sure the melodies have that punch to stand out, make no mistake however, while the band are able to inject various influences that aren't black metal, this is still black metal both in sound and atmosphere. The latter, which is exemplified by the vocal work of Hoath Torog, who is better known for his howling shrieks in Behexen and his stint in Sargeist, and just recently started employing lower and more guttural growls for the former band. In here you get a completely different style and Torog might be one of the most dynamic vocalists of the Finnish black metal scene. As for Bythos he employs shouted growls and even Gregorian like choir chants, he effortlessly switches between these two styles and at no point does it feel like outtakes from early or modern Behexen, its wholly unique and distinct. The last noteworthy aspect of the music is the drumming by Kassara who is no slouch either. His drumming is equal parts aggressive and proficient; he runs the whole gamut of the genre and like Infection, injects a dose of classic metal into the sound by switching from the blast beats and double bass kick, into more traditional fills and rhythms. The sum of all these parts make The Womb of Zero an extremely dynamic and forward-thinking black metal album which is aided by some outstanding musicianship from all its members.

All in all, Bythos is definitely a win and fans of both Behexen and Horna will enjoy this album the most, even with what could be considered a flaw which is the much cleaner production when compared to the 2 bands that precede this project's works. In music's advantage and by having a more professional production, the members can flex their musical skills and chops, by trading the rawness of Horna and Behexen. Bythos simply displays how masterclass its members are. In times of plague and fear like the ones we live in, it's good to see that extreme and dark music will not only survive but flourish, feeding off the garbage of the world into a cathartic experience.