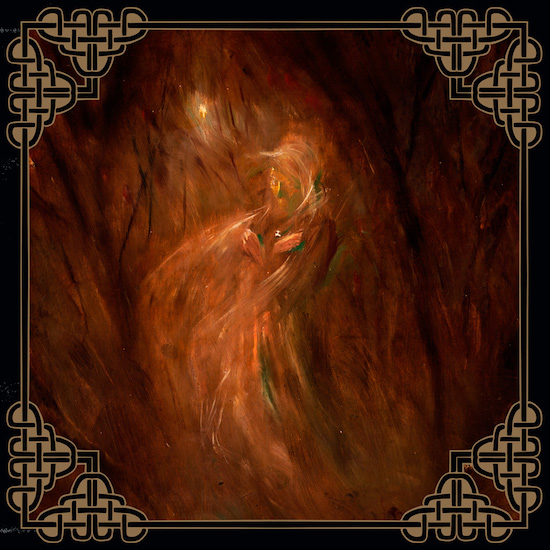 Since being birthed by one Nightwolf, the Australian solo black metal project of Runespell has managed 3 full length albums. The project's latest, "Voice of Opprobrium" proved to be the best Nightwolf has done since creating material for it. His mixture of black metal with what some term as green metal has been praiseworthy given it has achieved an ideal balance between a startling atmospheric beauty (nature inspired) and the usual black metal mannerisms. The lo-fi drumming, guitars rooted in the second wave of black metal and vocal echoes of Nightwolf have brought the entity much recognition, so much that it garnered the support of Iron Bonehead Records and landed Runespell in a slot on the prestigious label.

Forest Mysticism on the other hand, I have not too much knowledge of and can only briefly recall a split release with Krypta Nicestwa titled Mirrors of Glaciated Earth sometime in 2019. One could appreciate what was being done between the two bands on that EP, signaling greater things to manifest from Krypta Nicestwa and more specifically, Forest Mysticism in this context.

Fate has guided the bands to cross paths and now as a collaborative effort, they have wed into a thing of fascination, a split EP, Wandering Forlorn. Just by the name you could already know what to expect having been acquainted with both bands' music in the past and how their releases share admiration and awe for the face of nature and all things natural. Alongside the green, cometh their black, through their occult coverage and expressed feelings of conflict and grief that'd mold Wandering Forlorn into a tome of sorts, an eternal piece of evidence of both bands' effect on the black metal soundscapes.

Behold!, a scenery of eye blinding beauty and danger, split into 6 pieces, these two projects work together in preparing a uniform result of black metal. Runespell's lo-fi production on the snare returns, Nightwolf's vocals still sit somewhere between black metal howls and death metal growls and his riffing remains exceeds the rest of his past work. I would also add that with each album, Nightwolf's songwriting becomes stronger and its evident on Wandering Forlorn the way all instrumental notes sewn into each other.

Runespell opens the album in typical fashion with an ambient welcome before the melodies of 'Wolfwoods' take shape. Excelling early-on at painting vast and lush landscapes, all the while a fatiguing melancholy stirs, Runespell dims the colors a bit with some grey tones on 'Streams of Sorrow' that I would say is one of Nightwolf's best interludes ever composed. To a degree this introduces the record to a more tranquil state that lays a warm, yet damp sheeting atop the landscape for 'Fated in Blood' to act upon; almost like casting a shadowy sky over a battlefield before the clash of steel erupts. These three songs herald around each other to give a real impression of connectivity and/conceptualization. Runespell completes its respective contribution to the split comprehensively, leaving open the door and path for Forest Mysticism to walk.

The remainder of the work now layeth upon the shoulders of D. and knowing of his capabilities exhibited prior to this split with Runespell, he does not disappoint as the motion of the album continues as though no break or change had been introduced to Wandering Forlorn. 'Summon' continues in striking 2nd wave black metal formation with a gentle sweep of atmosphere via the keyboards vacillating above the tremolo trance. This would later take a brief departure on 'Rivers of Silver (II)' and return after the challenge of sorts ensued through Forest Mysticism's own acoustic intermission exposing depth and character on his side of the project. In closing, 'Ancient Tides of War' arises and plays in conquering fashion while keeping a bit of melancholy nearby.

Wandering Forlorn is an exercise of Runespell's and Forest Mysticism's musical gifts, taking them to new heights on this majestic manuscript.