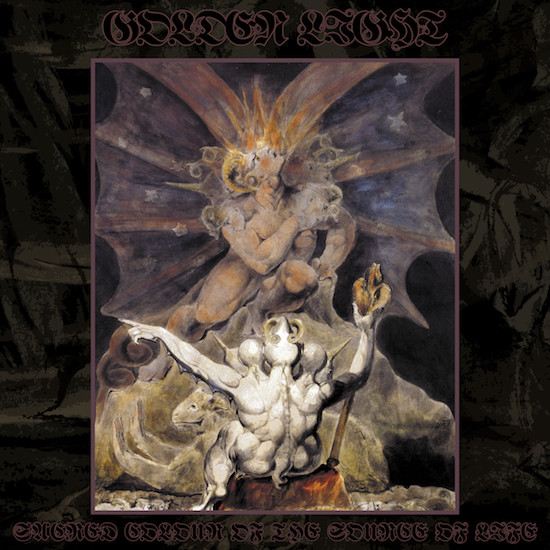 Out the royal womb with 'Scepter of Solar Idolatry', Golden Light shows the listener that beyond the obvious iconic black metal echo, there is more than meets the ear. A clerical movement of ambient sounds and frequencies proceed to grab from the speeding lick of the snare, cymbals and toms, its dominance and direction of the music. Beginning slow, it would accelerate and reshape often enough to snatch the trancing attention of the listener and introduce one to a deeper, noble sway, ever tightening its grip as it takes you through 'The Western Gate'. By now the wander has intensified and has pushed into overdrive, as the deep-seated-synth breaks ground and intertwines with both the crash of the drum-kit and the ambient movements occurring beneath it. However, struck by a lo-fi buzz, the cloudy guitar tones heard have their own effect to fulfill, though they would follow the rhythm of the drums and act almost independent of the auric celestial shadow hovering triumphantly above Sacred Colour of the Source of Light, its strings are somehow still mended with grace into a fabric now serpentine.

Entombed by an array of sublime chord progressions, a noble ambiance and a hypnotizing drum sequence, a voice from within the spectral chasm pelts and carries with it the oriflamme of the sonic chaos. The emitting tone, like a shallow pool of water, does not drown or consume the music; instead, like all other aspects, falls into place with discipline and in subservience to the unison. The polytonality of a song like 'Dawn of History' is the glamour within Sacred Colour of the Source of Light; it’s this constant aggression of sounds that make the album such a delight. Like Trelldom's 'Steg', but with a lot more happening beneath the synchronized guitars and drumming in addition to an almost whispering emanation of vocals, Sacred Colour of the Source of Light bares down with a dolce and voguish immensity. Feel free to gaze, but be warned, it is the light that is most deceptive.