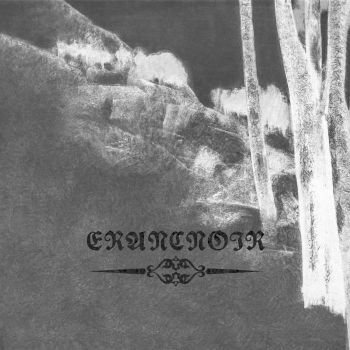 Middle East is not known for being an easy place to play any kind of modern music, not to mention metal and, for obvious reasons, any subgenre closely related to extreme metal. The combination of particularly conservative societies and the extremely restrictive applications of religious beliefs, in this case the Muslim religion, make truly difficult to have an active scene. But even in the hardest scenario’s passion, talent and inspiration can arise from the shadows and show to us that good music can appear in any place. Iran, or Persia if you prefer, is a country with a vast heritage, both historically and culturally, and it is known that its inhabitants are usually quite cultured people. But it is surprising how a single person can almost create a little scene around him. This is the case of Harpag Karnik, the young Persian behind the excellent projects like Forelunar, Ethereldine or the band I am reviewing right now, Erancnoir. All these projects play atmospheric black metal with distinctive touches and characteristics, but all of them are focused on a very well executed and emotionally intense atmosphere. His creativity seems to be unstoppable as he has released a healthy amount of releases in only two years, which is undoubtedly pretty impressive.

This time is the moment to review one of his most impressive personal projects, Erancnoir, which released its third and homonymous album just one year after the debut, which is truly amazing. I have known one-man bands which have a similar or even higher rate of releases, but Erancnoir is, without any doubt, on the top in terms of quality. Erancnoir doesn't differ too much from its previous works and like happened with the sophomore work Frostfallen, it contains two and remarkably long tracks with a combined length of around forty minutes. Both tracks have similar structures, which try to explore the darkest realms of atmospheric black metal. Keys play an important role, but they are not overused. For example, in the first track entitled 'Erancnoir' they initiate the track with a mystic intro, which immerses you in a vast and desolated landscape. This initial calm section is abruptly broken by a furious wall of guitars and blasting drums with a remarkably fast pace. This speediness is kept for a few minutes making the song quite grim, still atmospheric thanks to the accompanying keys. As mentioned, the song has a rather homogeneous structure, but it is still able of capturing the attention due to its hypnotic nature and a little changes in its rhythm. Vocals are, as expected, quite high pitched and indecipherable, but reasonably well performed. As the song slightly slows down, we can enjoy some nice touches like an accompanying guitar or keys which enrich the song and reinforce its captivating nature. The next track, 'Mehr', follows a similar path including the expected intro, this time way shorter. The initial furious part evolves to a very nice mid-tempo section, where the keys play a bigger role until the song becomes a pure ambient track. This supposes a beautiful ending for the album like the calm after the storm.

In conclusion, Erancnoirs' third instalment is another excellent piece of atmospheric black metal where structures don't vary too much, though this is not especially problematic as its great melodies and spellbinding nature are the reason behind its quality. We can only hope that Harpag with continue its impressive rate of great releases in the upcoming years.