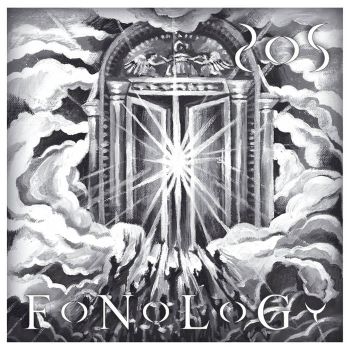 Next up on “bands from countries I’ve never heard a substantial amount of music from”, Croatia! I’ve mentioned it before, I always like walking into a new country’s music because I have no idea what the frame of reference is or what the influences are gonna be. Melodic death metal is a tricky proposition, though. Sometimes that means cool stuff like Quo Vadis and early Arsis (essentially, expanded versions of "Heartwork"), it could mean death metal that just happens to have an extra dollop of melody like Intenstine Baalism or Kronos, but usually it means 2005-style metalcore or hard rock with growls and guitars that sound like modern In Flames and Pantera, at least for smaller, unknown bands. This is gonna be a risky venture.

Luckily, I came out unscathed. Regression of Style avoids many of the common pitfalls of melodic death metal bands struggling to break new ground, most notably in the riffing. The influences primarily seem to be drawn from the Gates of Ishtar/Jester Race school of melodic death, with an extra little touch of some Dissection-y type meloblack ('Fool’s Parade' has a lot of it). They don't just re-tread what these bands did but don't necessarily reinvent them completely, either, instead settling a niche that feels comfortable, with a couple of unique inflections and mini solos. The vocals hearken to the good kind of melodeath as well, with a vibe that’s more screechy than shouty. This may be an unpopular opinion, but I really enjoy the vocals of Anders Friden. Well, nowadays he’s completely lost me, but back in the 90s he had this primal, unhinged nature to his verse screams, and Zvonimir Kracun has a bit of the same throatiness to his voice, albeit with a little bit less versatility. That may please more people, though, as it allows for a more controlled delivery, which might have been necessary given how this guy likes to pack a bunch of syllables into his vocal lines every now and then. The final track on the EP is the most notable example of it- that verse would be much harder to pull off if it was more Anders-y.

The riff variety on Fonology is promising and throws a lot of little things in for a 20-minute EP. Ever better, there’s next to no reliance on chugging to drive the verses, with the band instead opting for tremolo riffs that move around the fretboard a bit or by continuing to play the lead melody going into the verse. As far as the influences go, the guitarist nailed it. The drummer is a notable weak point, however, and kind of holds this EP back from gripping me the way it could with the potential the riffs have. A lot of the time it just doesn’t feel like he’s busy in the right places, and he seems to rely on the same places to emphasize the snare. All his double-kick beats feel similar and anytime he does pick up the pace a bit, he sounds like he’s struggling and out of his comfort zone. The drumming isn’t necessarily incompetent, but it could definitely use a bit of spice or extra speed to supplement the powerful melody that drips out of these songs. Looking past some of the amateurish tendencies, though, this is a very promising and intriguing bit of melodic death metal, and in a style that has tons of amazing ideas but has been beaten to death in a lot of bad ways, bands like Regression of Style don’t come around as often as they should. They should maybe ditch the drummer before the full-length, but other than that, they’ve got the right idea.

Time flies fast and it seems that melodic death metal’s trendy moments were a thousand years ago. As it has happened with other genres before, melodic death metal became immensely popular thanks to bands like In Flames or Soilwork, just to name some of them, though the true originators were there before those bands. In a quite short period of time many bands tried to imitate the most successful projects, a process which consequently overflowed the scene with many uninteresting groups. This aspect, alongside controversial musical evolutions of some top bands, led to a collapse of the genre and an inevitable period of stagnation. One of the good aspects of an initially bad situation is that after this fell out of favor, there always appear new projects, which without the pressure of a temporally popular style try to find their own place and just make good music. This may happen easier in scenes without such a great popularity, as for example the Croatian scene. From this very nice country comes Regression of Style, a young band formed in 2017, but a one which has suffered many line-up changes. This problem obviously doesn't help a project to find the necessary stability to evolve. Anyway, the band managed to release in 2019 a debut EP entitled Fonology.

As mentioned, Fonology is the first attempt by the Croatian project Regression of Style, which nowadays is a three-piece band. Musically speaking, the band plays melodic death metal in its pure and classic form, with no softeners or desperate tries to sound modern or trendy, just plain melodic death. Fortunately, this debut makes it work and I must say that it contains some nice ideas. The compositions are not especially fast or extreme as they mainly focus on melody. As we can appreciate with the album opener ‘Dour Song’, Regression of Style surely knows how to create catchy melodic riffs, which immediately stick to our head. As expected, the pace flows between reasonable fast parts and more mid-tempo ones in a quite natural way, giving from time to time some space for calmer sections. These parts work as interludes between the different and heavier sections of the compositions. The division of the songs in quite differentiated parts always helps to give the impression listening to varied and entertaining tracks, which is always an encouraging characteristic. The vocals are also another strong point of band's music. The singer Zvonimir Kračun has a strong performance with a powerful and vicious screaming voice, which perfectly fits the music. Their vocals are a contrast to the most melodic side of the band's music, creating a healthy balance between both.

Regression of Style has definitively something to say in the melodic death metal scene with the release of Fonology. Their debut work has pretty good songs with enough variety, melodic richness and heaviness to make the fans of this genre quite happy. Now, the time will tell us if the band can release a debut album, which should be a step forward in order to make it popular in the scene.