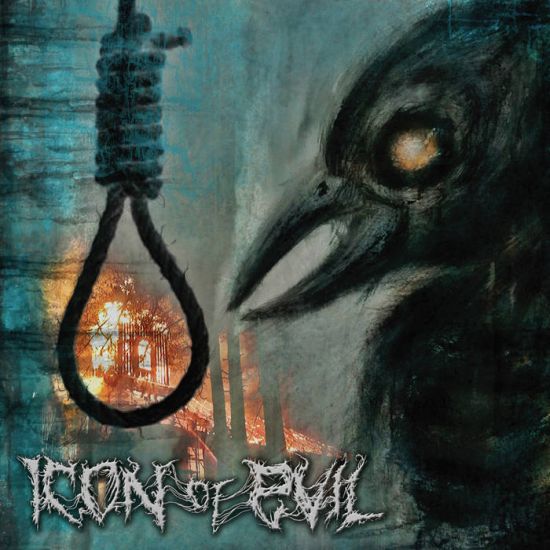 A hung up and maimed shell of nothing blows in the freezing winds of Poland; its scars administered by one under the name Icon of Evil. Perhaps an ode to Vital Remains' 2007 "Icons of Evil"?, nevertheless, one would hope the band follows up this neck snapping 2 track muscle of malediction with a full-length exhibition soon.

Formed in 2011, the band returns with two pieces on their self-titled EP that'd make you wish it were longer. Friends and all those in attendance at these gallows show, bear witness to a wicked blend of early 2000s and mid 90s death metal. Polished to a thing of shining brilliance, Icon of Evil feels like a revitalization of that embryonic 2000s era that saw the birth of many an underground death metal band, executing their work with a cleaner sheen that of the 90s. Modern in a way, yet appearing to capture the glory and grim of the underground with 'Ojcze Wasz' and 'Urojony Bóg' sporting a thick and punchy production to go along with the saucy drumming, jolting riffs and maleficent vocals. A thing of all-round dynamite stacked and taped, ready to explode, and what a time Icon of Evil has chosen to do so.

From the lightning fast blast beats fetching 'Ojcze Wasz' to the mid-tempo, swelling mid ranged power chords of 'Urojony Bóg', Icon of Evil arrive stomping with a seismic effect unlike anything I've heard coming from Poland as far as modern death metal goes. Like a combination of Sinister (Netherlands), Hate Eternal and some Bolt Thrower, you won’t be disappointed because the two tracks strike with immense magnitude and precision on Icon of Evil. Out on SelfMadeGod Records May 1st, 2020 as a 7" and digitally, Icon of Evil invites those daring to walk the path of the scaffold.