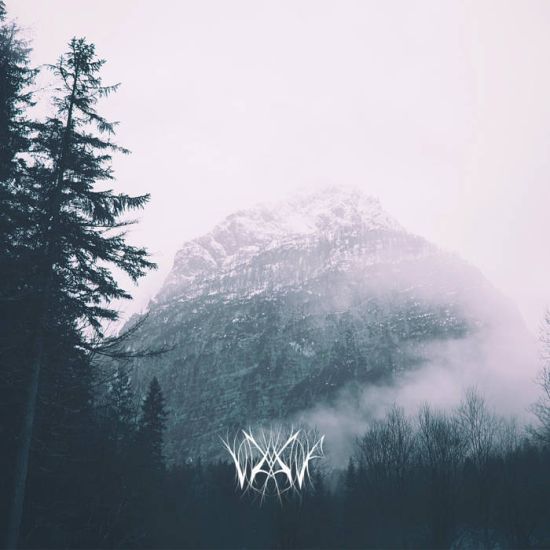 Vaar is one of the phenomena in metal with no known history or reason to believe that the project will lead to something as great as this short release. It didn't take more than two seconds to convince me that this is a great album that you have to listen to from the beginning to the end.

The first track 'As Dusk Fell' is simply an explosion of different sensations. What surprised even me as a fan of atmospheric black metal is how fast the riffs are in the beginning. The main riff is simply a beautifully executed piece of melancholic art that develops into something that you could call euphoric or happy. The whole EP has several connections to the post-black metal or blackgaze sound; the major chords and the resulting happy melodies. But the high-quality characteristic of it is that despite the fact that the atmosphere is not openly melancholic, the overall sound is quite cold, which can be attributed to the relatively raw production. The man behind this project has the ability to write incredible riffs that simply feel fresh, although their origin is quite obvious at times.

Another thing that characterizes this release are the acoustic parts. They are kept simple, don't last too long and certainly have a rational place in the structure of the songs. Nevertheless, I would say that they are one of the weaker aspects of this whole release. There is just too much contrast between the fuzzy fast or mid-tempo riffs and the slow acoustic parts, which would actually be quite pleasant if they were all separate tracks. The second track 'Wounded Roots' is a nice example of an acoustic track that fits perfectly into the album as a whole.

The drum sound just suits the music and dictates a perfect tempo for the guitars. Although the main focus is on the guitars, the drums magnify the atmosphere almost perfectly; I can't say that the beats are too complex or have too many variations, instead, they accompany the riffs and deepen the trance caused by the melodies, thus keeping their intended function. The slow and simple drumbeats during the acoustic parts are also very pleasant and improve them considerably.

This album is mainly instrumental, but the vocals on the first track are just amazing; incredibly high, raw and rooted in DSBM. Should the future releases contain more vocal parts, something very interesting could come out of it and certainly intensify the melancholic side of the concept.

The bad thing about this album is that it simply suffers from the same weakness as the majority of atmospheric black metal. The melodies and the atmosphere may be incredibly attractive at the first impression, and when you start to fall into a trance-like state by listening to the same riff over and over again, the songs become quite predictable, and the effect of the atmosphere starts to lose its initial impact. No doubt this album has a lot of replay quality, it is just unique and complex enough to captivate you.

Nevertheless, this is a pretty strong release that has taken me through various emotional states and thrown me into an imaginary forest, and it has definitely fulfilled its purpose as an atmospheric black metal album. It may have its weaker parts, but the overall atmosphere and amazing riffs certainly justify the artistic value of this album. So, I would undoubtedly recommend this album to all fans of atmospheric and post-black metal or anyone who is curious enough.

Therefore I would say that the wisest thing to do would be to stop reading this review and start listening to this piece immediately.